If you’ve worked in the New York motion scene at all, you’ve probably heard of Kim Dulaney.

Revered for her naturalistic yet meticulous approach to everything she does, she’s honed her craft as a director while working at some of the most respected motion houses, including Stardust, Psyop, Buck, Logan and Passion Pictures.

This week, Kim (finally) launched her personal web presence. We caught up with her to get some back story on her career so far.

Have you been into image-making your whole life, even as kid? Or was it something you discovered later in life?

I’ve always been keen on textures. When I was really young, I collected tiny objects like shells, rocks, and sticks. I then graduated to frogs and slugs. I would present my slimy slug hands to my parents and follow it up with a surprise handful of worms. They fascinated me.

I learned to appreciate the natural world and all their charming shapes and textures. I realize this now only in hindsight; I must of come off as a little weirdo.

I dabbled with drawing and painting all through high school, but I never properly knew how to channel my image-making skills until college. It was a requirement in the BFA program at CalArts to take at least two image-making classes. The majority of the lessons were hands on, no digital allowed.

We would pick a topic and make imagery inspired by it. I picked my Ford Ranger truck and bull fighting as the subjects. I made countless drawings of them by hand, and I learned many techniques that shaped my style to come. I still appreciate those classes, as I never get the same results with a Wacom tablet as I would drawing.

You were at Stardust at a very interesting time for that studio. It launched the careers of many people. What was it like working there?

At Stardust, I worked with Brad Tucker, who introduced me to the company and the motion graphics industry. He was the first person who took interest in my work after an interview at AIGA portfolio day. He was my mentor right out of CalArts. We both have a love for image-making, and we still keep in touch to this day. 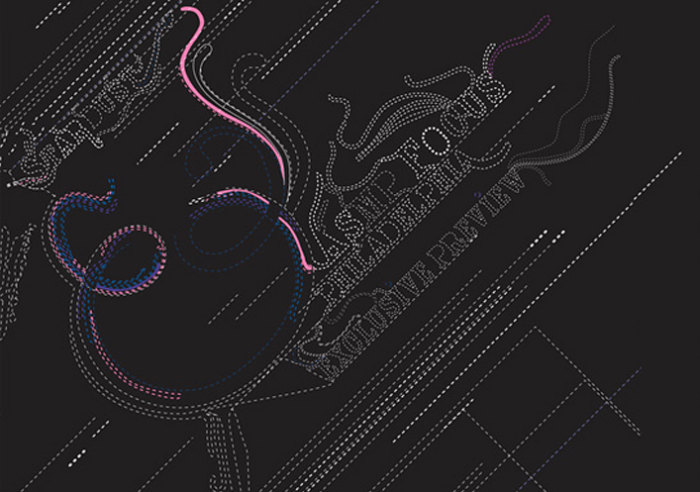 Jake Banks, who was the owner at the time, directed me often — even when I moved to NYC and he was in the West Coast office. It was my first real professional motion graphics job. I didn’t have any other experience to compare it to.

I over-extended myself constantly. I had no perspective as to how much I was overdoing it. I was too much of a workaholic. My hours were 10am to 3am most days, and I would get paid meals — so I barely got out of my seat.

I didn’t get out much; I just sat there like a slug (there I go with the slugs again… they are my spirit animal…kidding). After just two years of work, I had a portfolio that looked like it was made in five years. Stardust jump-started my presence in the industry, and I’m very appreciative of that.

After Stardust, you were at Psyop, right? How was that different? What did you like about it?

I was always driven to projects that favored story-telling and character design. I knew there were many opportunities for this type of work through Psyop. I still overworked myself, but I had more control over projects as an art director.

After my first year on staff, I started creative directing my designs. I love directing, but I still had a longing to be a designer and illustrator on my own. I realized freelance might work best for me.

Was going freelance a difficult decision?

Not at all. I love being my own boss and having time to learn new artistic skills.

Being staff has its perks too, but I’ve been freelancing now since 2008, and it’s great for me. If I get burned out on a long job, I can relax by taking time off. If there’s interesting work (print design, stage design, textile prints, illustration, feature films, etc.) that come my way, I can now say “yes.” 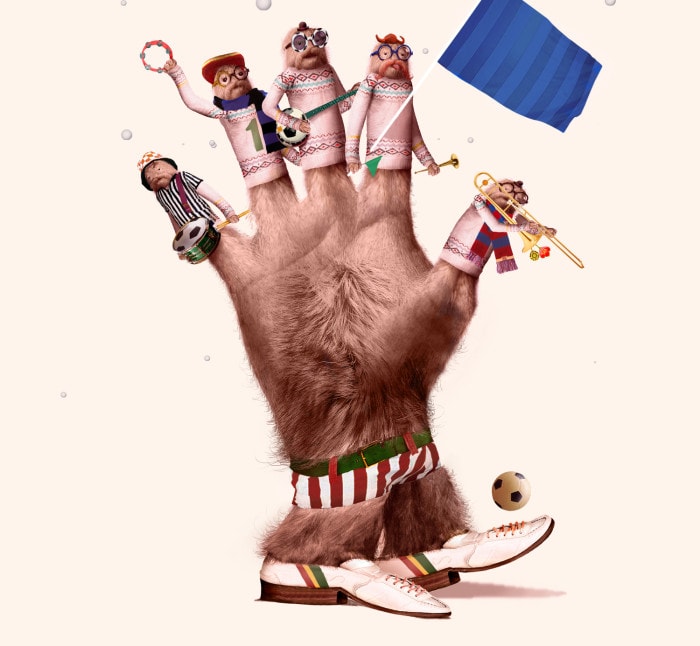 Character designs for “The Spirit of the Euro” (Passion Pictures)

There was one time when I was asked to move to Germany for a year and be an art director for a magazine that I loved. I didn’t have the freedom to make that choice because of the obligation of being on staff. So I put myself in a position where I could make that choice.

You’ve branched out to work on things beyond just commercial production. What are some of the other types of work you’ve undertaken?

At the moment, I’m hoping to branch out into stage design and stage projections for musicians. I’ve also helped pitch on feature films with Panda Panther and Pete Candeland from Passion Pictures.

Your work has a naturalistic, hand-made quality to it. Is that something you’re conscious of? Where do you think that comes from?

As mentioned earlier, I’m inspired by nature. It influences me to add an organic quality to my work. My attention to detail borders on obsessive. I also like to inject a little whimsy and silliness. It’s important to me to show the many sides of my personality.

When did you start designing jewelry? Is that something you want to do more of?

My brand, FORTUNE jewelry started off as a hobby. After seeing an art exhibit at the Museum of Arts and Design in New York, I was interested in making miniature sculptures using vintage beads. 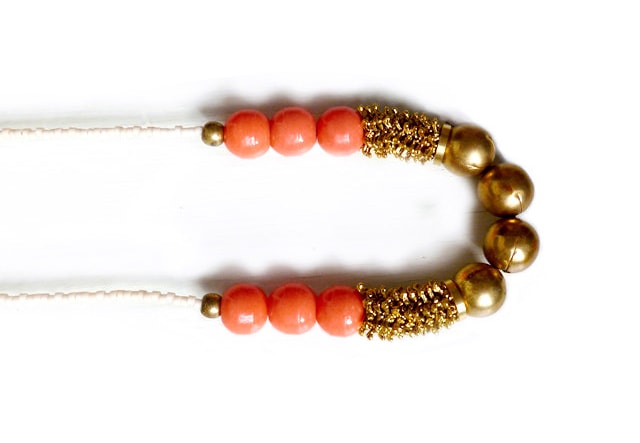 A necklace from the FORTUNE line of jewelry

I enjoy buying vintage wooden necklaces off of eBay. I deconstruct them and then make something new based on their textures and colors. I love the tactile quality of the different materials I use, like vintage sequins and stones in their natural state.

I started this hobby in 2010, but recently it has become another facet to my career. I sell a lot of wholesale orders to little boutiques and many pieces on Etsy. I’m undecided about my jewelry line’s future. I have control over what it looks like and the repetitive process of beading is very meditative. I always need to be creating something and adding other personal projects to keep me busy.

Having another artistic hobby outside of my career is something I always want to have. It’s hard to work all day on a computer and then come home and want to do the same thing. Jewelry for now is an outlet for me to push my imagination without any boundaries.