Editor’s note: As part of our ongoing education series, we present a guest post from Nol Honig, co-founder of The Drawing Room and part-time professor at Parsons. Nol’s refreshingly honest story proves the value of lifelong learning, regardless of age or experience.

I had questions that I couldn’t answer. That’s how this started for me. But it ended with winning a competition, so I can’t complain too much.

I’ve been working in motion graphics for the last 16 years, and I’ve even been teaching the subject for over a decade. But there have been so many times that I watched other people’s work and wondered: “Why is their animation so much better than mine?,” “How’d they get it to be so fluid?,” and of course, “What do these talented jerks know that I don’t?”

I first started playing with After Effects version 3.1 in 1998. This was only three years after Adobe acquired it, and a few years before familiar features such as parenting, 3D layers or the Type tool came around. Thinking back, it seems pretty limited, but as soon as I pirated my first copy, I loved it right away. 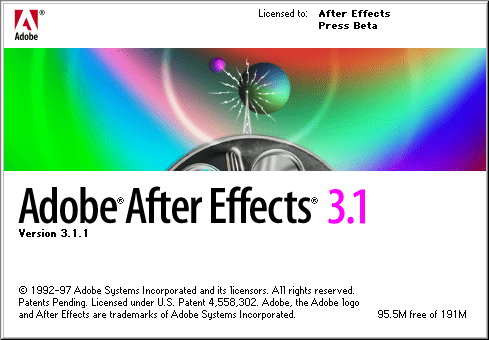 A friend showed me how to make basic keyframes, and then a few months later I read “Creating Motion Graphics with After Effects” by Trish and Chris Meyers. And that was it.

The whole of my animation education — other than writing letters to companies like Shynola and MK12, asking them to send me VHS copies of their reels. Man, things sure have changed.

Getting work, but missing something

Despite my lack of experience, I talked my way into some freelance gigs. And then a few more. I learned how to work fast, how to please clients, and (eventually) how to shut up and listen to those with more experience.

But even though my day rate went up, I still didn’t really understand why the animation in GMUNK’s “Finn Movie” felt so much better than my own efforts. Other than his superior design skills, creative genius and stupendous technical prowess, how did he make everything move so well?

At some point I was proficient enough to start teaching motion design, and after many years, I learned how to be a good teacher. If a student needed to know how to rotate a 3D null or edit a layer back to Illustrator, I could totally help them out.

If they needed advice on how to improve the design of their work, or pick a better font, I was all over that. And while I could definitely tell them that a sequence was too fast or too lifeless, and make suggestions on improving it, part of me still wasn’t sure how to help them create excellent animation.

This process continued even after I had done some darn good work for some amazing clients. My rate went up some more. Clients asked for me by name. Even other motion designers praised my ability to make things move well. But then I would see something by Jr.Canest or Phil Borst or a handful of other insanely gifted animators, and I would get that old sinking feeling.

How do they do it so well? Were they even human?

Like many others, I have watched a lot of tutorials online looking for answers. They can be great for learning specific techniques, for answering specific questions or for preventing me from yanking out my hair while trying to master a specific plugin. But none of them address what can turn a good animator into a great one. 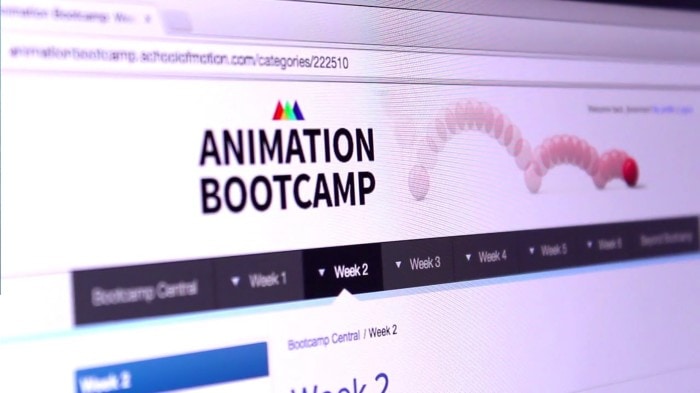 At some point last year, I became aware of one prolific tutorial-maker who seemed to be doing just that. As I watched Joey Korenman’s heroic 30 Days of After Effects series, some dormant parts of my brain began to whirr with life. And when he announced that his company School Of Motion was starting an Animation Bootcamp for motion designers to improve the fundamentals of their work, I knew that I wanted in. Assuming he didn’t die of exhaustion first.

So, in January of this year, during winter break from teaching and during a slow moment when the weather was cold and jobs were even colder, I signed up for Bootcamp. And then immediately started worrying. I hadn’t been assigned homework since the Bill Clinton administration. What if I got really busy with other work? What if I couldn’t keep up? My God — what if I suck?

But these fears all dissipated quickly, thanks in part to Joey (who was still living) and TAs Greg Elzerman and Amy Sundin, who created a positive atmosphere from the start. There is an amusing and slightly bizarre tone to the class, owing to oddball projects with names like Scrapbook Elvis and Circle Society (“Squares Suck” is their motto), not to mention the fictional client Brainhole that looms large in the program. 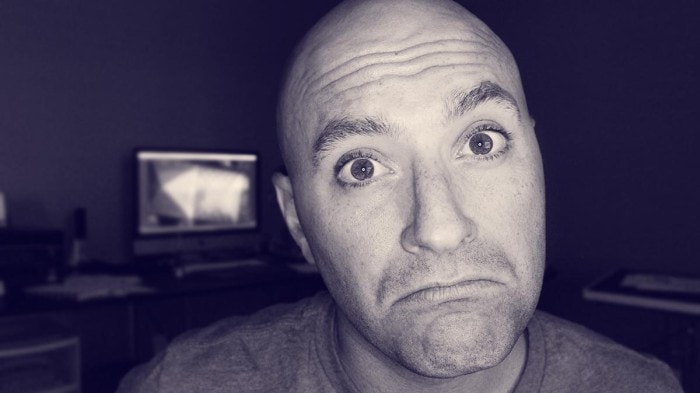 “Joey is definitely a character.”

Joey is definitely a character. But underscoring the offbeat humor was always a sharp focus on delivering meaty nuggets of animation wisdom in a systematic weekly structure where one lesson builds on the previous one and leads smoothly to the next.

It was a lot of work. And while I learned that I don’t suck, as it turns out, I also began to understand that animating motion by eye, without really grasping the underlying physics, was a big part of what limited my abilities.

Bounces and oscillations obey certain specific rules, which can be accurately mapped out in After Effects’ Value Editor. Acceleration and deceleration should be considered for every action. Easy Ease is just too easy.

I previously hadn’t spent much time adjusting values in the Graph Editor, but now I do it for every keyframe. In particular, the lessons about Eye Trace and Reinforcing Motion lit fuses of inspiration in my Brainhole that continue to explode in my work every day.

After pushing myself through Bootcamp, I signed on for the follow-up: a six-week animation competition for alumni called the Reel Refresh Challenge. This is when everything got harder, as it was time to put the lessons of Bootcamp into practice.

Themes like ‘geometry,’ ‘space’ and ‘explosions’ were doled out each Monday, and a five to ten second finished piece had to be delivered by Sunday evening. While animation was the focus, competitors were also judged on concept and design and would be disqualified for missing even one week.

I spent forty-two days in a row at my office for those six weeks to get everything done, along with my client work and teaching obligations. I almost quit after the first week out of frustration with myself, and by the fourth week I felt like it would never end. Luckily, my wife is very supportive, my business partner is very encouraging and a few places in Midtown Manhattan are still open for lunch on the weekends.

I’m happy to say that I won the competition in the end, and that’s a great validation for my giant ego. I’d never won anything before, unless you count being part of a team that narrowly captured third place in the NY State High School Fencing Championships. (Which I do, thank you very much.)

But even better than winning, I pushed myself to a level I didn’t think was possible back in January, and created work that I actually like and can watch without wincing.

All this is not to say that I’ve now become a great motion designer. Everything I make is not perfect or amazing or even as fantastically awesome as I’m always hoping. That might take at least one other class to accomplish. Maybe two. Perhaps I’ll even be ready to participate in a different animation competition — in another 16 years.