In October, Telltale Games launched “Minecraft: Story Mode” across virtually every console, mobile and PC platform. The title earned the coveted iTunes Editors’ Choice distinction, with its first episode pulling in a 70 on Metacritic.

Like a lot of Telltale’s projects, “Minecraft: Story Mode” blurs the line between gaming and storytelling. 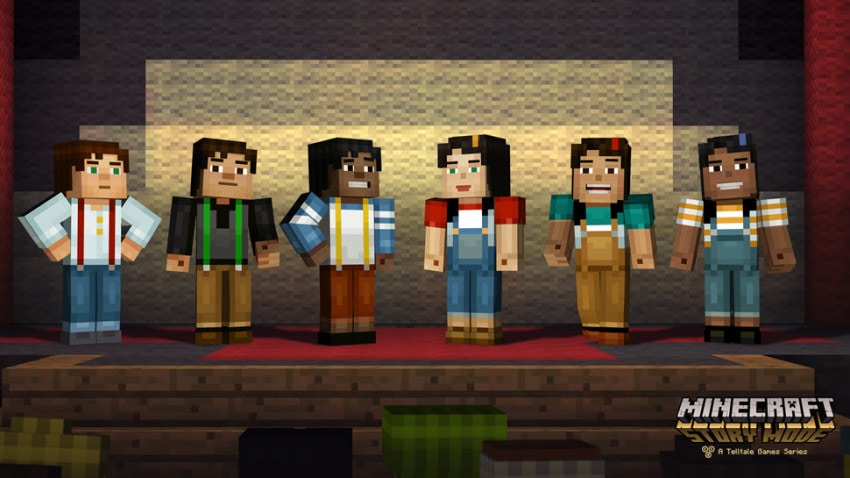 The many versions of Minecraft: Story Mode character Jesse, who can either be male or female.

“The Order of the Stone,” the first episode of “Minecraft: Story Mode” follows Jesse and friends as they set out to find the Order and save the world from impending doom. While it’s similar to Mojang’s original “Minecraft” in that players can fight off antagonists or find and combine elements from the world to “craft” objects, the focus is on experiencing a narrative while completing a more straightforward objective. 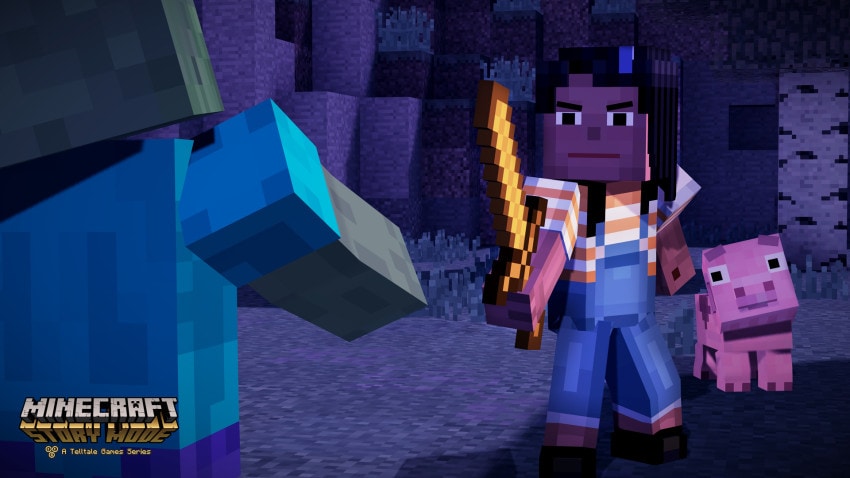 Telltale has an interesting model as an independent gaming company. Instead of releasing games once a year, their distribution mode is seasonal, releasing on average five episodes per season, with a month or so between each — all self-published on multiple platforms.

“Telltale’s goal has been to reference or translate cinema into a playable narrative,” says Job Stauffer, Head of Creative Communications for Telltale, in a Skype interview with Motionographer. “It’s great to work in a medium that can usher in such a big audience, both new and old. It’s also pretty surreal to make games that can be played either on a console or phone or in a theater on an 80 foot screen.”

Their titles so far are licensed and have covered shows ranging from The Walking Dead to Game of Thrones to Back to the Future. Depending on audience reception, some of the games have gone on to have multiple seasons.

If some element of a title’s story or gameplay doesn’t land in an initial episode, it potentially allows room for modification during development. This allows Telltale to use their customers as a kind of instant focus group.

“This means we can start incorporating feedback from the players immediately. How our stories unfold is always driven by criticism from audience, both positive and negative,” says Job. “Our process is unique because it is so story heavy but is responsive to our audience and current events when applicable. For this reason, about 90% of our writing is on sticky notes and white boards, until production starts hands on in the game engine.” 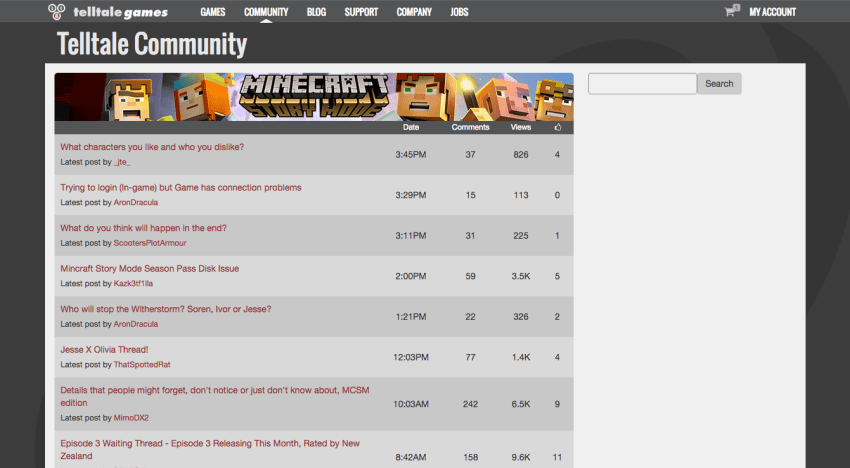 Engaging Gamers in VR and IRL (In Real Life)

Interaction in video games extends beyond just the player and the machine. Players expect to be captivated at every level — including marketing — because their attention is constantly shifting. They want adventure. They want choice. And they want it now.

In terms of marketing, players want to feel like they’re melded with the world of the game IRL (in real life). Aside from normal marketing tactics (print, trailers, and online forums), savvy gaming companies have been developing ways to take their marketing a step further.

Recently, this meant having video game release parties that mimicked different aspects of a game’s story. Aside from the obvious result of building a company’s community or customer base, this simultaneously makes players feel unique and appreciated.

The “Minecraft: Story Mode Live” event: A bridge to IRL

For “Minecraft: Story Mode,” Telltale decided to hold the world’s largest “Let’s Play” and live stream it to YouTube. For the uninitiated, Let’s Plays are essentially videos of people playing a game while commenting on it. It might sound boring, but the format has become wildly popular, with many Let’s Play videos from top YouTubers raking in millions of views.

Let’s Play videos let spectators feel like they’re watching a friend play. They might also glean some juicy gameplay tips along the way.

Doing a live Let’s Play as a marketing tactic acted as a bridge between the realm of spectator and player for Telltale, making it possible for the live audience to shout commands to the players while streaming to a virtual audience. In true gamer fashion, the crowd at the theater was rowdy, shouting out contradictory directions to the players as they made their way through the game. 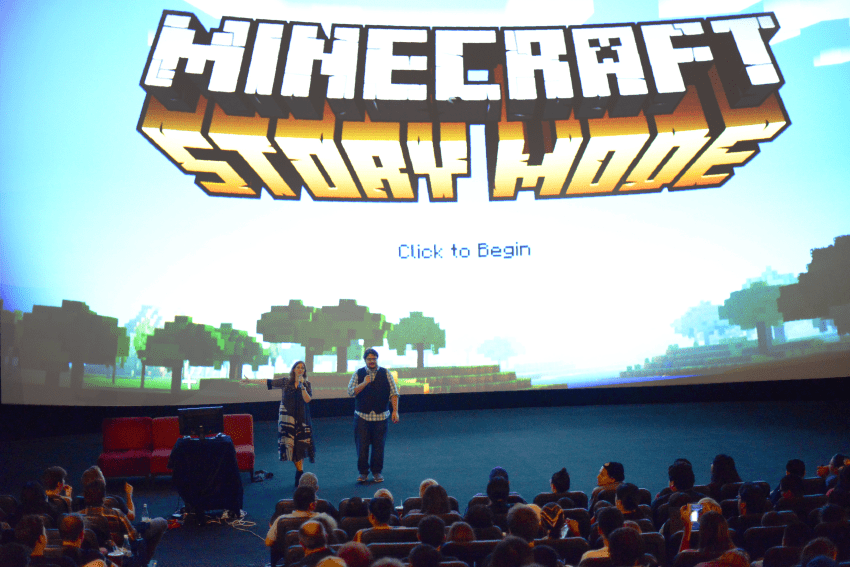 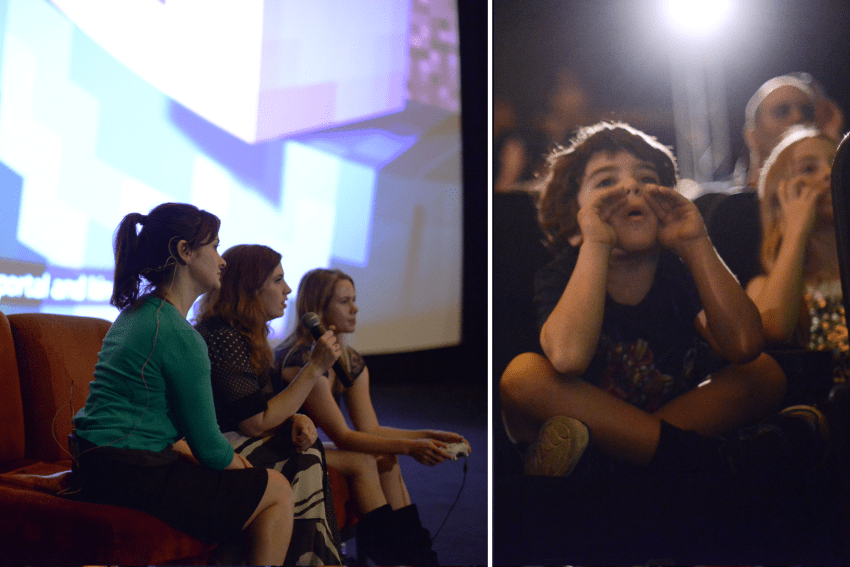 If the theater’s chaotic popcorn-littered state as the exiting audience speculated about the next episode, it looked like the event and game were both a hit.

Job reflected on the event, saying, “We feel really lucky about the partnerships we’ve been able to build and with how loyal our customer base has been. While eventually we plan on developing games using our own IP, we always like to stress that doing licensed gaming isn’t a marketing gimmick. We want to develop strong creative partnerships and add to a story’s development, but foremost to deliver a captivating emotional experience for players.”

“These events are definitely something we want to do more in the future. Hopefully, we’ll be able to continue building more and more interaction between live audiences, virtual audiences, the players, and the games we’re developing.”