If you haven’t watched “Uncanny Valley,” take a small break in your day and do it before reading our insightful interview with its creators.

Written and directed by 3DAR’s Federico Heller, the sci-fi short presents a grim but very possible future — that we can’t discuss here without spoiling the film. (Like we said, watch it first!)

Our chat with Federico not only explains the process and challenges behind an ambitious, VFX-heavy project like this, it ends with a bevy of solid gold tips for other aspiring filmmakers.

What was your creative process for the film?

Different types of people have multiple ways of brainstorming, and that is very personal. It may not sound romantic, but my method is just locking myself in my office and thinking about something until exhaustion. Then, at some point (usually during the night), some decent ideas catch me off guard, and I write them down.

I had the initial idea of people who are actually working without knowing it. I wrote some things down, and I started playing with those concepts. At the time, I had developed 6 different ideas for an animated TV comedy (yes, 6!), and none of them actually got sold. (I still think those are great ideas, by the way.)

That must have been frustrating.

I was kind of intense around the idea of “whatever I write next, I want to actually get to do it!” I wrote this script for a contest — and we won.

Then, a very restrictive contract for execution came and our reps advised not to do it. At that point, my two partners and I were so excited about doing the short that there was no turning back. Their trust in me and the project finally lead to the decision of funding it ourselves. And I’m very grateful to them for that.

The design of the “enemies” is very interesting. I especially like the multi-colored details and the way the characters seem to be always shifting form. What was the thinking behind that design process?

It was actually a very fun process. After seeing many “evil” characters here and there, I felt kind of repelled to follow a conventional approach. We decided to move away from references and tried to define our mood first. Who are they in the game? What do they represent?

The word “anonymous” came to my mind, and I clung to it. Nobody in particular: no face, no distinction, a mass of black uncertainty.

But that was conceptual. I remember we found this old black-and-white image of a mysterious native all painted and covered in feathers. He was standing there, staring at the camera. It was unclear whether he was a threat or a victim.

That was the perfect mood! I thought of ultraviolet-light painting as a way to redefine his tribal look and adapt it to our dark planet.

So the fun began! We went for all types of colorful fluorescence and some blacklight tubes, and we played for quite a while.

We found an amazing aesthetic and felt this was perfect for our characters. Some time later, we decided that given the complexity of the cameras and the CG integration with the backgrounds, it would be better for them to be CG. 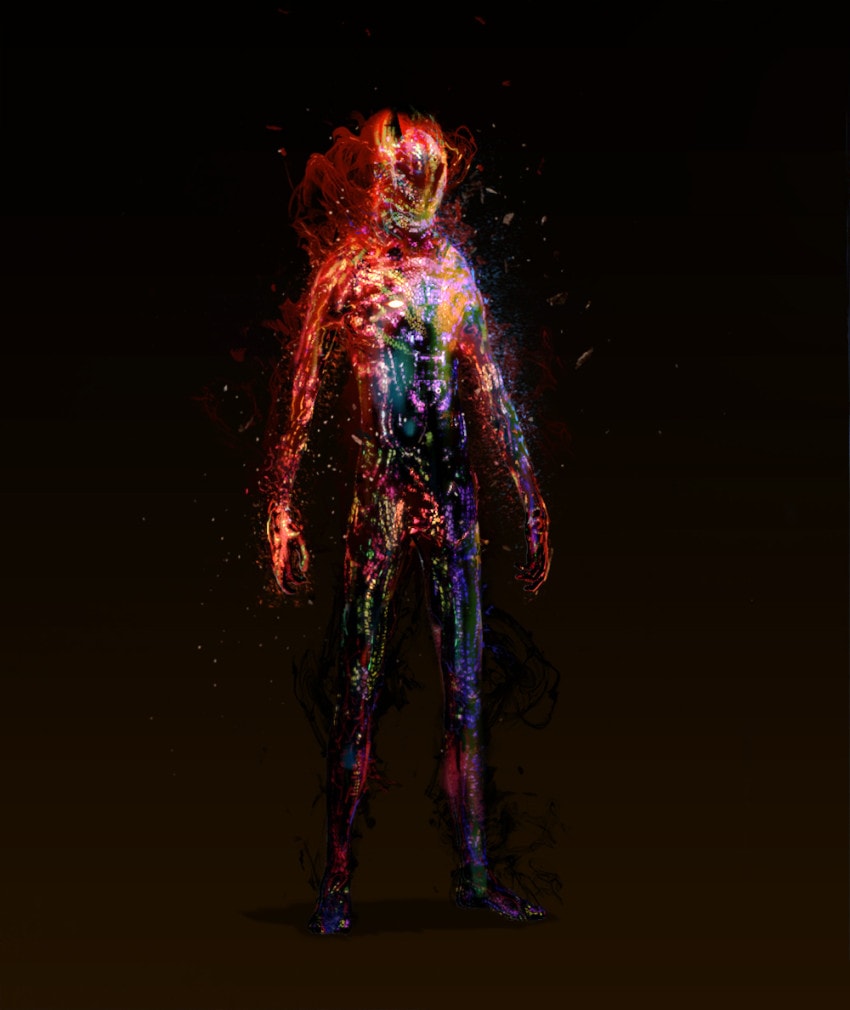 So we brought our beloved art director Pablo Olivera to do some more research into UV light, hoping to find a digital version of our tribal beings with the utmost care of remaining truthful to what was achieved in our little UV playground.

The scope of this film feels huge! There are loads of VFX shots, locations, props — was it more work than you anticipated? Were there moments of doubt?

Haha, that is a nicely put question. When we decided to produce this project independently, we knew we were going to have to solve enormous amount of work with limited resources.

But following an independent route gave us freedom regarding the terms of production as well. So yes, there where moments of doubt, confusion and moments where the light at the end of the tunnel was simply out of sight.

At this point of my life, I believe that fear of failure is more like an ally than anything else. It always visits you, presenting a scenario where you fail, but it actually works as a healing poison, since it forces you to become stronger than what you fear.

Before this project, we were in a very successful place with our previous short, “Shave It,” which created a sort of comfort zone around a certain aesthetic and elastic animation style.

But we felt the risk of getting stuck repeating the same formula. We decided to do a new short that does not benefit at all from the “Shave It” success, not even the same audience.

After many years working with artists, I learned that one of the most common barriers for growth is people not wanting to put their reputation at stake. We wanted to do the complete opposite.

How long did it take to make?

The original idea came about two years ago. It took about 4 months until we finally decided to produce it.

And then production very much alternated with client work, that is why it is hard to calculate. We had a tremendous amount of client work during the process.

How did you juggle client work while working on the film?

During the last part, my partners did a great job protecting me from having to deal with other projects, but they certainly needed resources. At some point we decided that our A-team was too busy to work on the short, and I had to put up an entire new team from scratch.

That was one of the most challenging things for me, but it turned out pretty well. I met a lot of talented people and found ways to move the project forward without the concern of having to stop production. As I said, that is the independent route.

Technically speaking, were there any unforeseen obstacles along the way?

There were all sorts of obstacles, technical and creative. 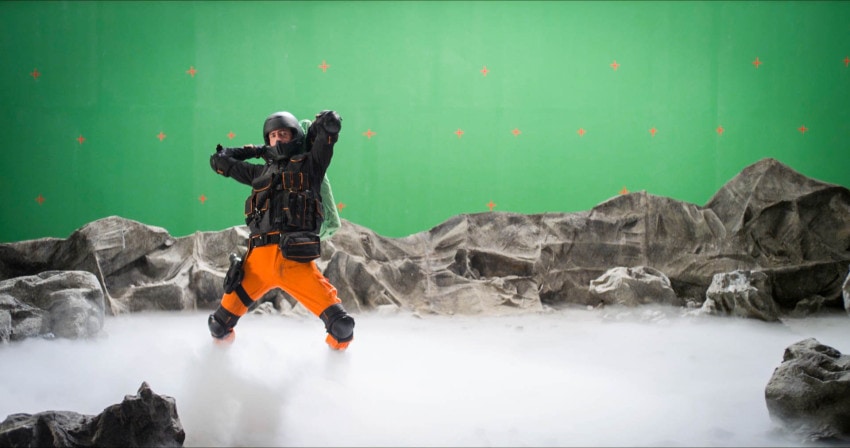 For every challenging project like this, we form this group of 3 to 6 people called The Core. We meet every day (usually in the morning) and discuss everything that needs special attention. Every member of The Core is responsible for his own area, but the group works as a brain to bring answers and to find ways of overcoming limitations. 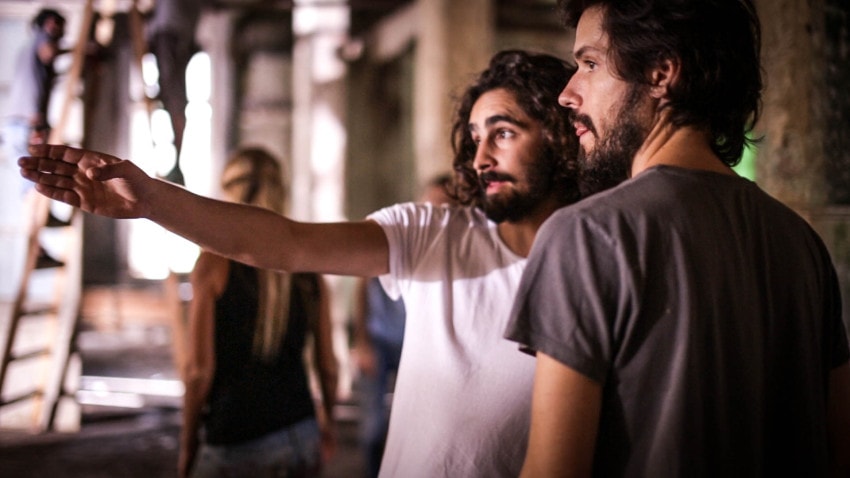 It may be a short meeting, but it brings great results. I’m amazed bt the way life puts an obstacle in someone’s head, and then an answer in someone else’s — and then just sits patiently waiting until this two fellas finally talk.

What is the best possible outcome of this film being released?

You interviewing me (laughter). Honestly, I don’t know. I’m just finding out as it is happening.

We got three offers for turning it into a feature film on the first day of release. So I’m sure it will open many new doors for us.

You guys have actually created a VR project, right? What are your feelings about the future of VR?

I feel VR is in such a primitive state that most people can’t really see its future. The discussion right now is about some people feeling dizzy and the helmet being too big and how they can’t manage to take the cables out from some devices, etc. 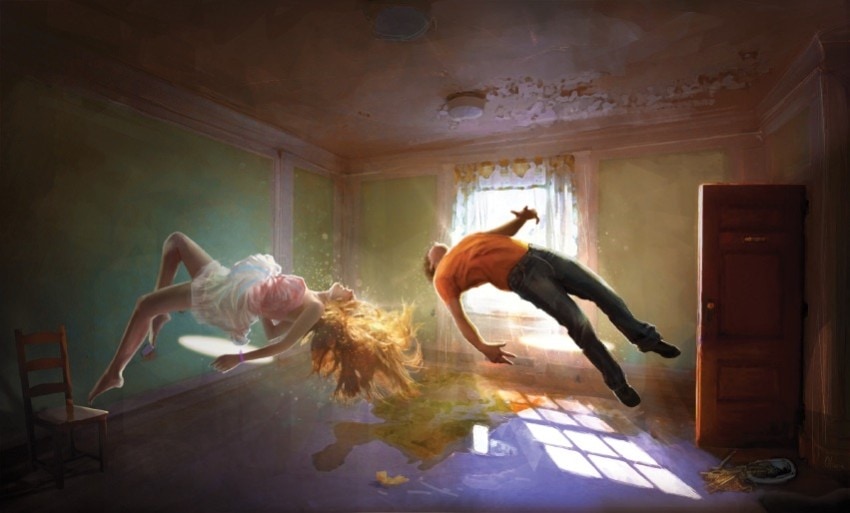 To sum up, it hasn’t even started, in a way. I feel that the generations after us will not feel so repelled as you and I by the idea of merging technology into their immediate perception.

Let’s forget VR for a second. Take the metro (or the subway) for example: People totally plunged into their devices dwelling in a parallel reality almost exclusively.

Isn’t that happening already? What is new about VR is its capacity to mimic our perception. It’s the first device that merges sight and sound to create an experience that fools the brain to a point where you can switch your experience almost completely.

I feel the reason why VR has a future is because people want to enhance their experience all the time. Whether they admit it or not, urban brains are becoming addicted to stimuli and information — and what VR offers is a leap into an enhanced experience that has the potential of becoming permanent.

Ok, now from a less creepy standpoint, I think that in the mid-term, VR can bring life to a degree of immersion in games and entertainment never seen before, and its applications for performing remote actions can revolutionize many areas like medicine, journalism, space exploration, social intercourse and so many others.

I haven’t mentioned military, since I assumed you saw the short :)

Tell us about 3DAR. Who are you and how long have you been around?

3DAR is this beautiful company my two partners and I started about 12 years ago. It somehow became a magnet for creatives and open-minded artists. The company’s culture and values have remained quite consistent throughout the years. 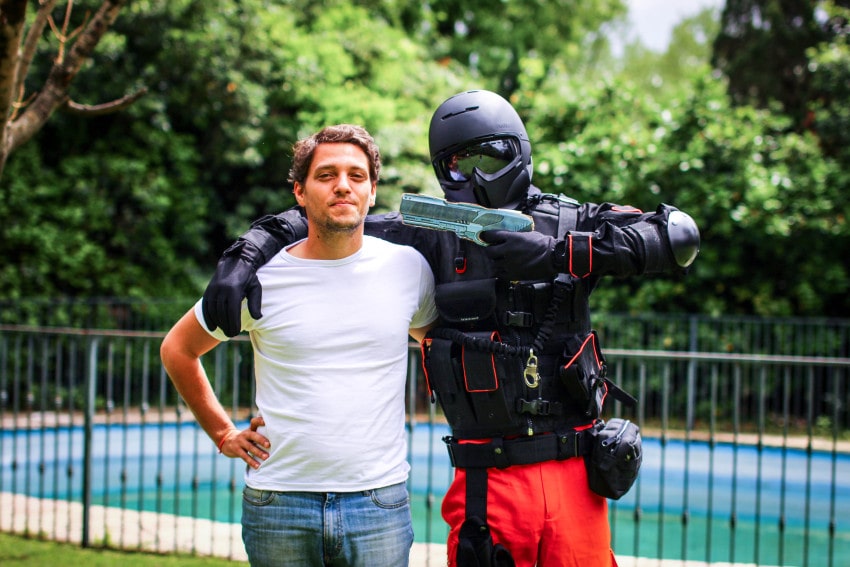 Our permanent staff is 15 people and some of them have been with us since our very early years. We expanded according to the project needs, working in collaboration with artists around the region and abroad.

But I find quite difficult to explain it. Everyone is happy about coming to work every day, even if they have to face stressful situations or deal with enormous amounts of pressure. It is just the way our ecosystem works, where we support each other and benefit from their breakthroughs. 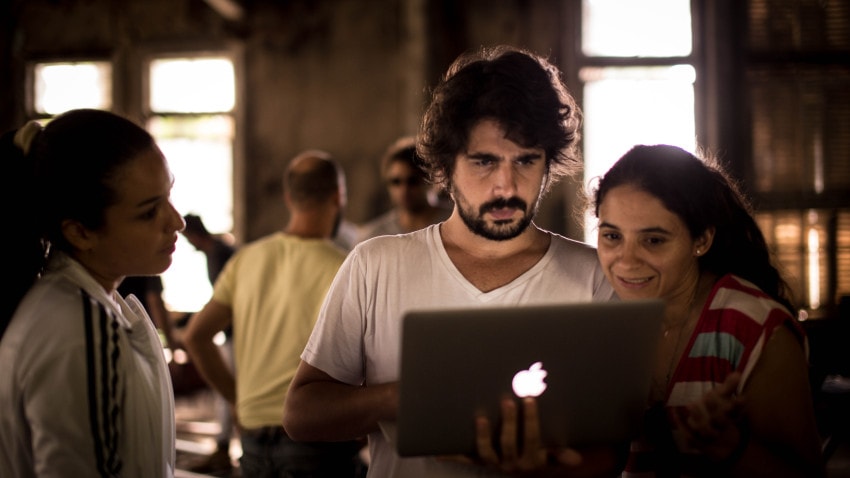 Again… I certainly can’t explain it, I just love to be a part of it!

What would be a dream project for 3DAR?

That has been in our heads for a while. I personally feel like directing a feature, and I feel ripe to do it. But this is not so much in the realm of dreams, since it is too close to reality.

Any project where we have a certain or total freedom to create our own world and the trust from who is requesting it is in a way a dream project. Freedom makes it a fun process and trust makes it a happy one. 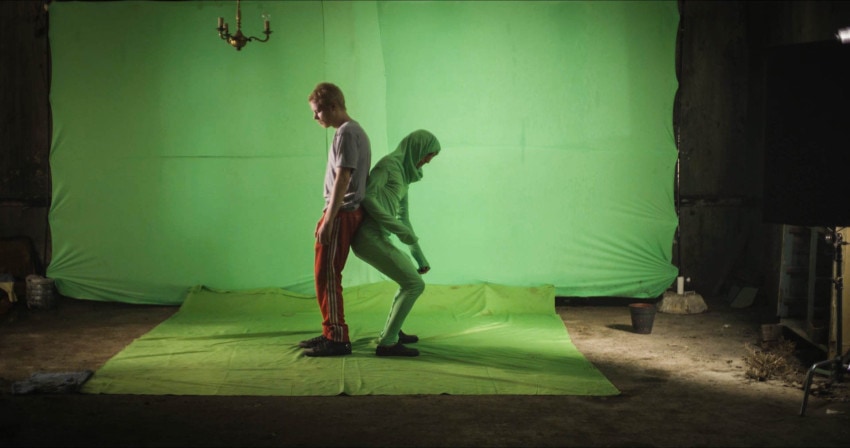 What advice can you give to people who might want to make a VFX-heavy live action short like “Uncanny Valley”?