Smashing together the worlds of luxury and warfare, Elastic and director Patrick Clair crafted a gorgeously sinister title sequence for “The Night Manager.”

Already a hit in Britain, the television series centers on a manager of a European hotel (Tom Hiddleston) recruited by intelligence agents to infiltrate an international arms dealer’s network. The BBC recently announced a co-production deal with AMC to bring the show to the US and Canada.

Revealing the same thoughtful approach that won him an Emmy for the “True Detective” titles, Patrick Clair shared the process behind the “The Night Manager” opening with Motionographer.

Did BBC come to you with specific ideas for the sequence or was it wide open?

The project came to me in the funniest way. Stephen Garrett, one of the show’s producers, is a neighbor of my colleague Angus Wall. Stephen showed the show to Angus, who is one of the busiest people in the industry, and Angus binge watched the whole thing — it was that good. 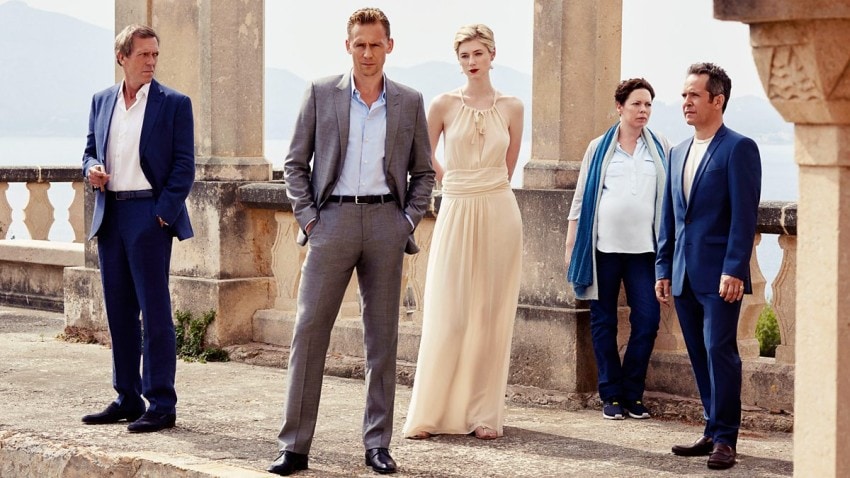 Tom Hiddleston and the cast of BBC’s “The Night Manager”

Angus told me about this awesome show full of intrigue and stylish scenes — of champagne bubbles and missiles and speedboats, and I knew I had to be involved. Honestly, I think it’s the first time in my career that we’ve found a job through neighborhood connections.

Susanne Bier, the director, came to us with a starting point that she wanted to focus on the juxtaposition of luxury and weaponry but was wide open in terms of where we went from there. 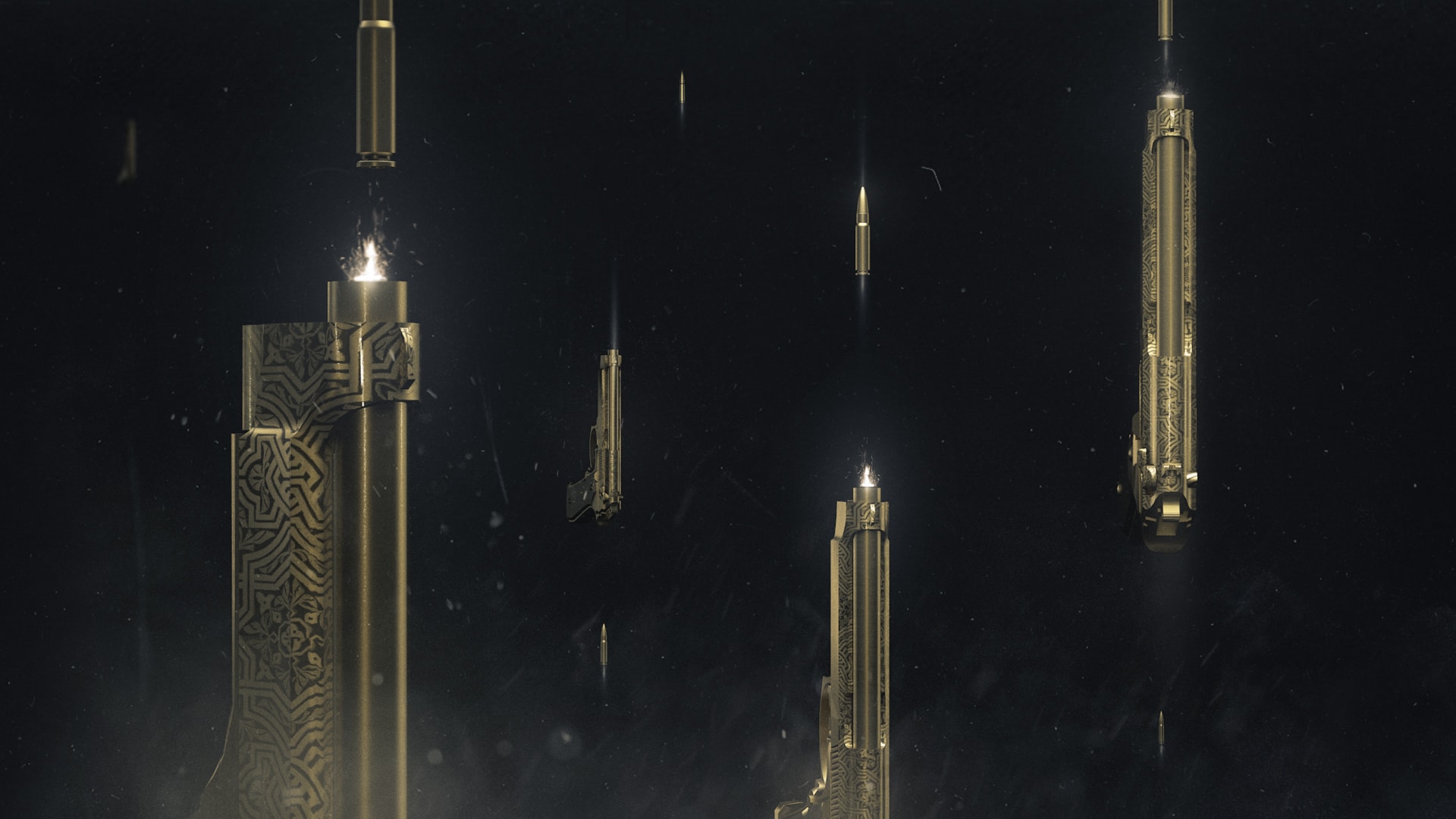 Style frame for "The Night Manager"

That was a pretty exciting starting point. In the past, I’ve created projects for documentaries and video games that feature a lot of military imagery… and finding ways to make the imagery aesthetically interesting is always a challenge. 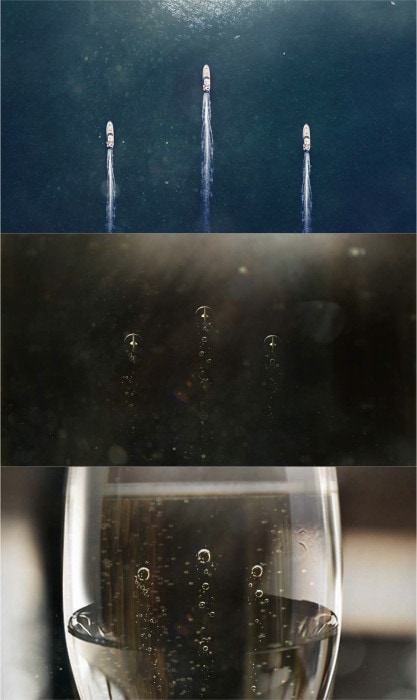 On previous projects, I’ve looked to fashion and haute couture styles as a way to elevate imagery of conflict, and make it thought-provoking or aesthetically striking. I’ve always been fascinated by the morality of conflict, and the way in which we fetishize such abhorrent deadly acts for entertainment and storytelling.

This seemed like a perfect opportunity to explore the visual possibilities of both weapons and luxury items, while also exploring a worthwhile theme like the moral implications of arms dealing and commodifying conflict.

Generally speaking, what was your design process for this? Did you start by gathering loads of reference imagery from hotels and spy films?

Yes, we always start with a broad reference hunt. Here, it was primarily jewelry ads and fashion branding. There is something magic about the way glass and crystal looks in jewelry ads. Objects are given an intense level of focus and polish. 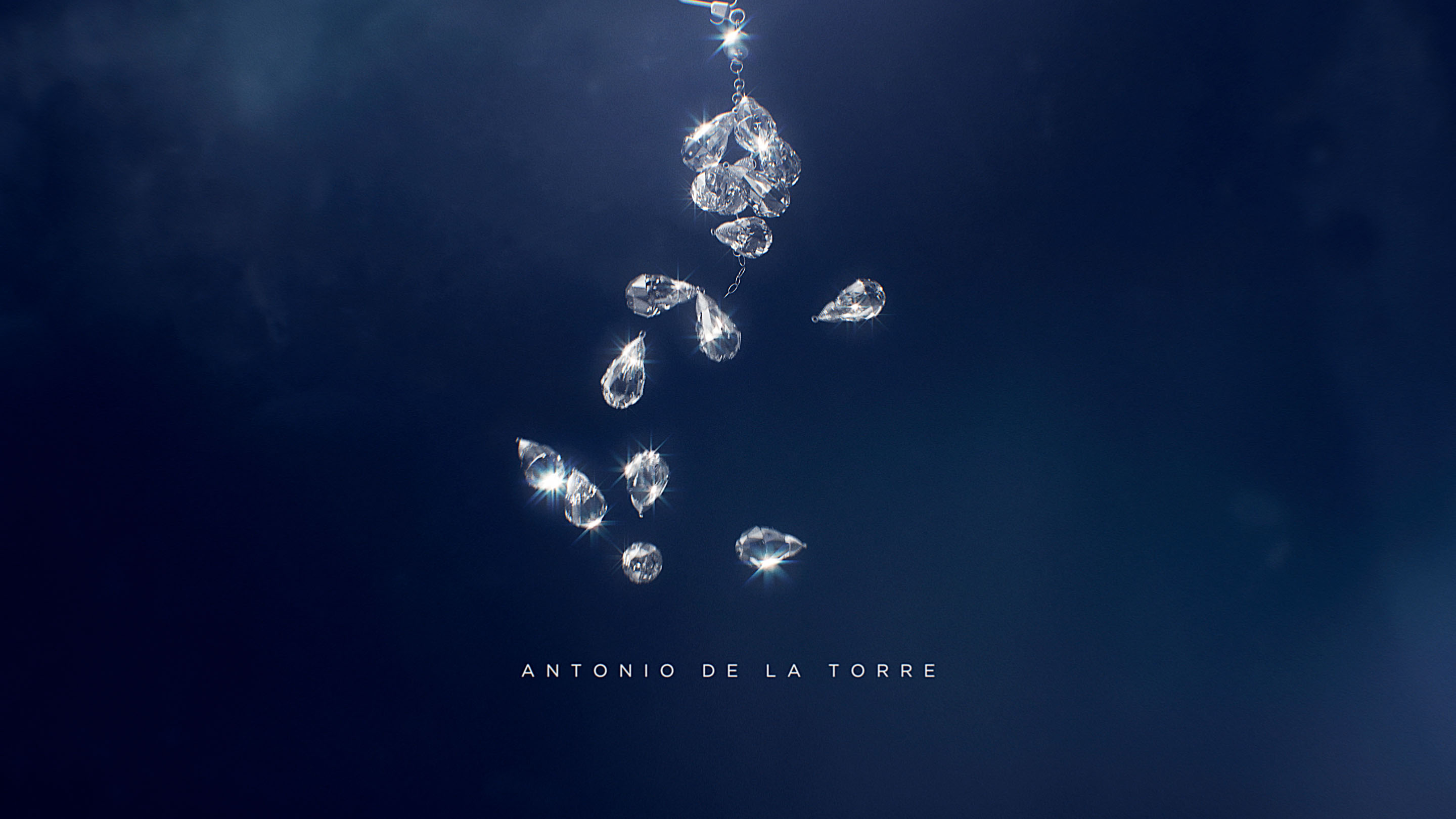 We piled up imagery of diamond rings and perfume bottles. The design process was really a case of taking all the weapons that we recognize from the nightly news — from coverage of Iraq and Syria — and also all those guns and aircraft that seem to populate games like Call of Duty.

Gathering those and then just putting them in a situation where we treat them like a perfume bottle in a magazine ad. 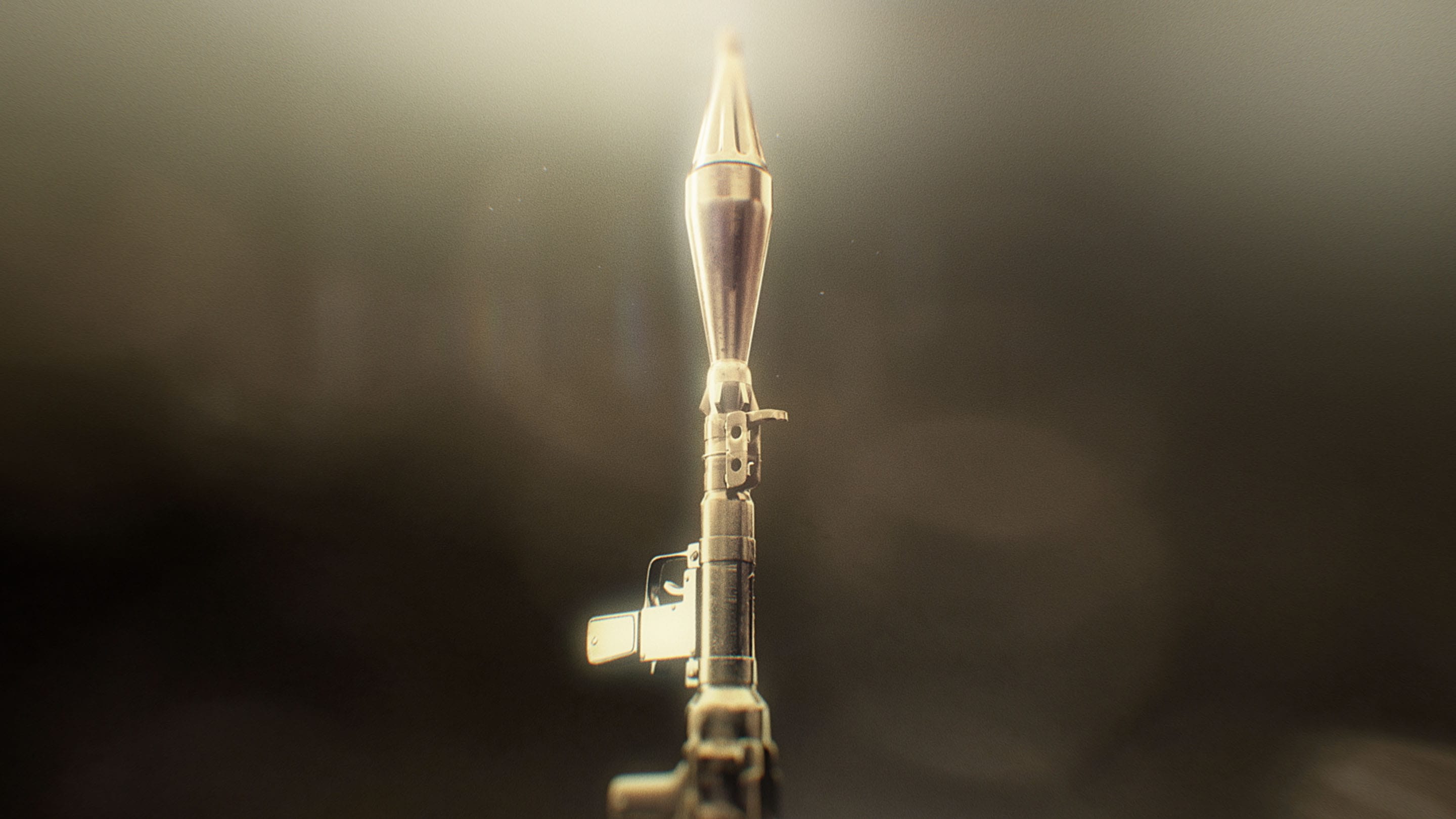 Dark spaces, glossy surfaces, shiny materials, beautiful flares… it’s creepy what happens when you take the hardware of death and give it a sexy glint. It’s all too easy to forget these materials are designed to maim and make orphans of children across the world.

That’s a dark thought, but it’s at the heart of what this sequence needed to do. We had to seduce the audience, to make the weapons feel beautiful and rarefied. This would set them up for unease and dread that would come through the drama as the horrible truth of these objects becomes apparent in the storytelling.

The color story for the sequence is interesting: It starts off with an almost sepia wash then goes to cool blues before returning to a warmer finish. What was the thinking behind that?

The color evolution was really about making these things feel rich and decadent. Monochrome grades can make things feel austere, important or elegant. But this stuff had to feel luscious, indulgent. 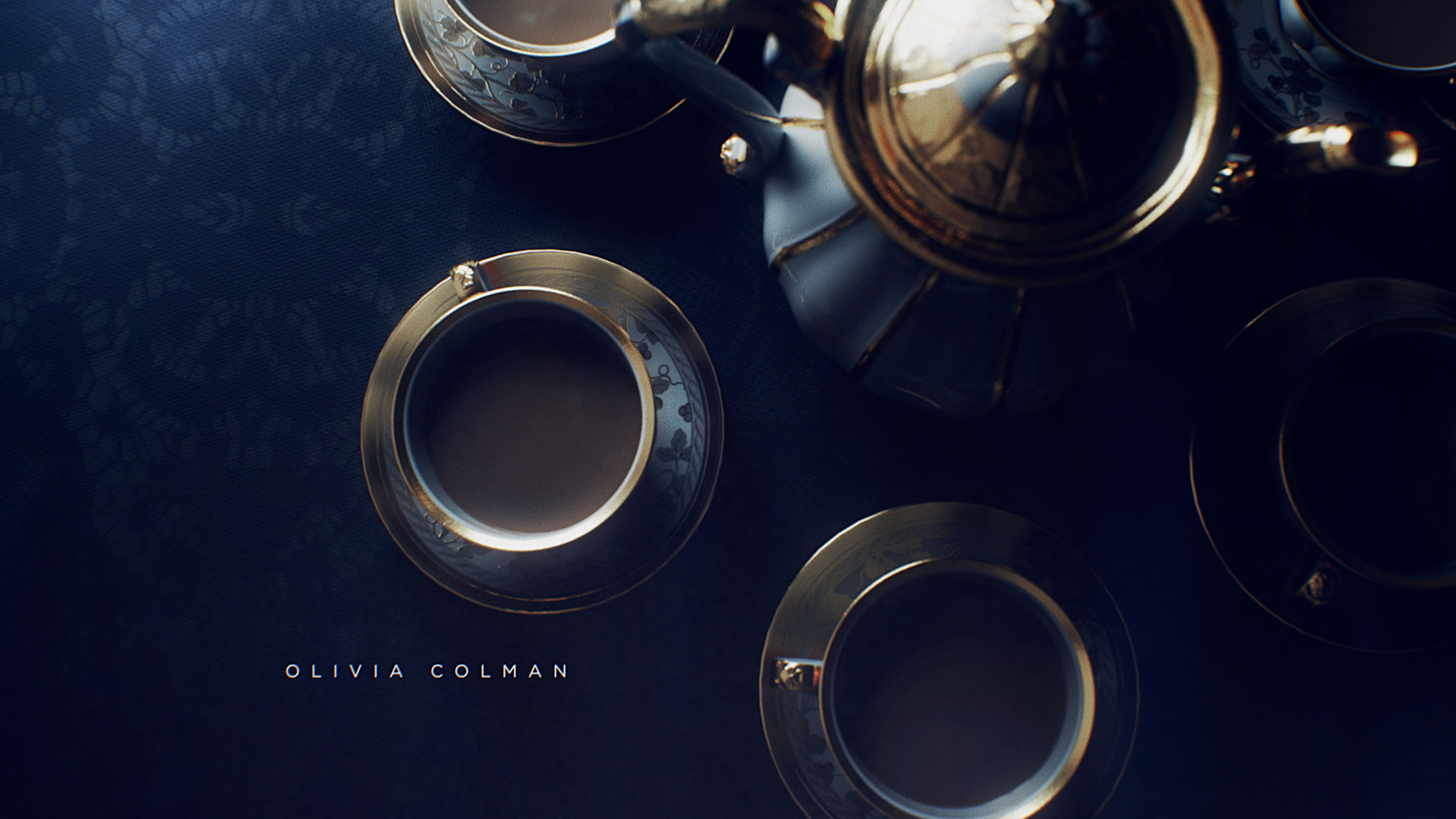 By making the colors vivid, oversaturated and spanning the spectrum from blues through golds and reds my hope was that we’d tap that feeling you get when you’ve overindulged, when you’ve had too much mudcake or one too many wines — a slightly sickly feeling that creeps up on you that you’ve gone too far, that something isn’t right.

Also, on a less intellectual level, rich colors are pretty — and that’s always a nice thing to put in a title sequence.

Some of the moments are very specific — the rocket trails turning into strings of pearls, for instance. In order to come up with that moment, I feel like you’d have to really be imagining sequences in motion, rather than just still moments.

Absolutely, we always think about the final result — a moving image — and work backwards from there.

When I was younger, I was a politics junkie, and every night I’d watch Lateline, an Australian news program that would cover the events of the day and news of the world. For about 10 years, it started with the same montage of news clips, one of which was a shot of a C-130 launching its anti-missile flares.

They are quite something, even more elaborate than they look in our sequence. They are a massive wall of burning flares that really do make the pattern of angel wings flying in the sky. I was always fascinated by that moment — this thing of incredible beauty that can only exist in the most critically tragic combat situation.

A C-130, to the best of my knowledge, is most often a transport vehicle (occasionally a gunship, but not often). Think about when these flares might be fired in real life, in the final moments before the impact of an incoming anti-aircraft missile, in the moment just before the near-certain death of all aboard. That’s quite a swan song, and quite a breathtaking moment of spectacular pyrotechnic beauty and lethal human tragedy.

After having pondered that moment every time I watched Lateline for all those years, it’s truly cathartic to see it end up in the title sequence of a show about the morality of war.

Were there ideas that you had that didn’t make it into the final cut?

Absolutely. We actually finished an awesome sequence of a black Lamborghini transforming into an F-117 stealth bomber. I loved it — but we realized it was too modernist and aggressive for this show.

The thing is, both of those planes and cars are such deeply bizarre objects in real life that, despite the fact they are both things that really exist, they are so strange to look at that they were just too distracting here. Hopefully, we’ll get that into another job in the future!

Everything you see was made in the computer. 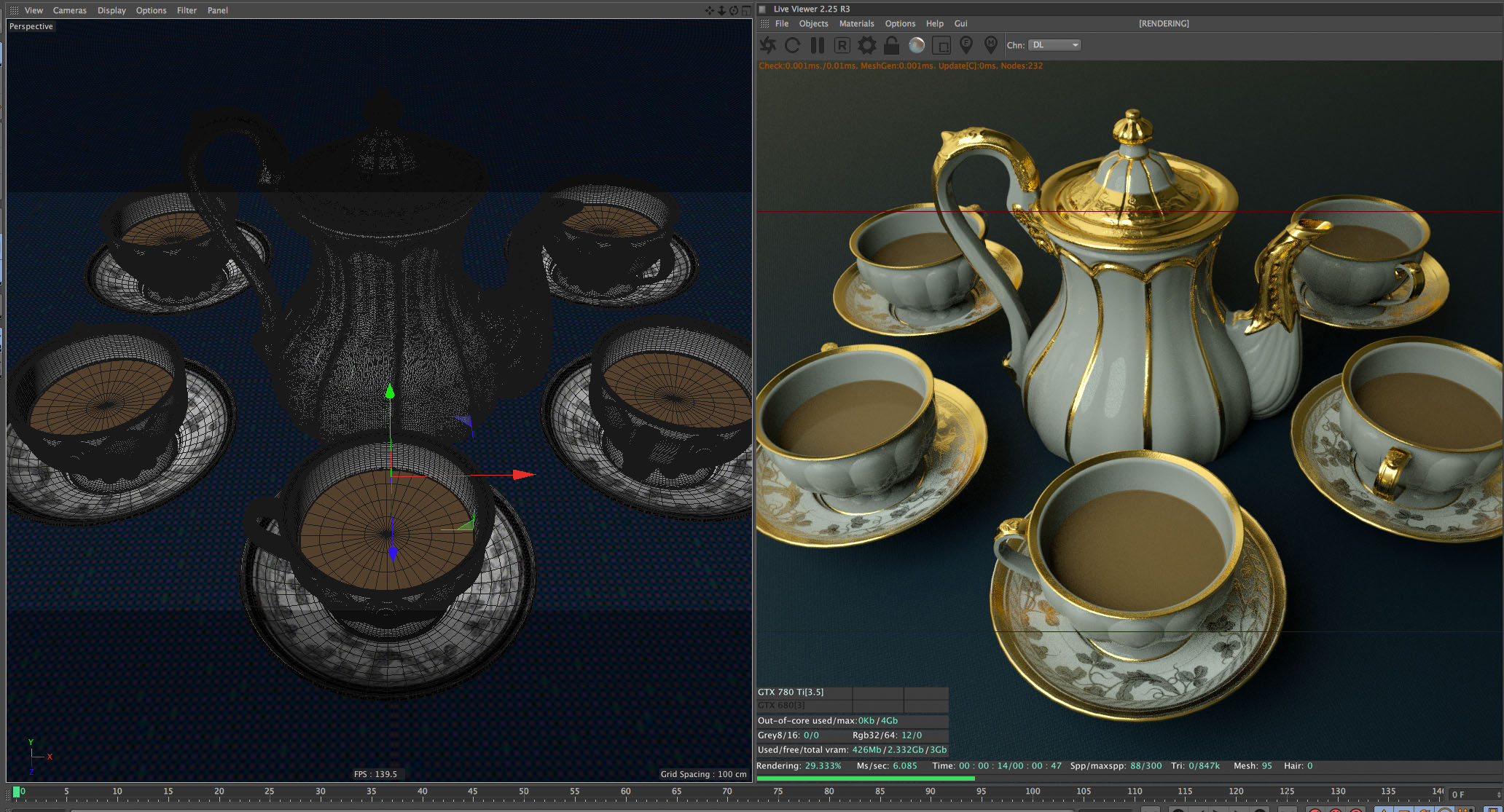 I see that Raoul Marks was back as lead animator for this project. You guys have done a lot of amazing work together. Can you explain your collaborative process for this project?

Yes, totally, Raoul is amazing — he has an instinct for how I want to make stuff move. We love a lot of the same films, and we’ve developed a shorthand over the years. Please, somebody, make the man move to LA! 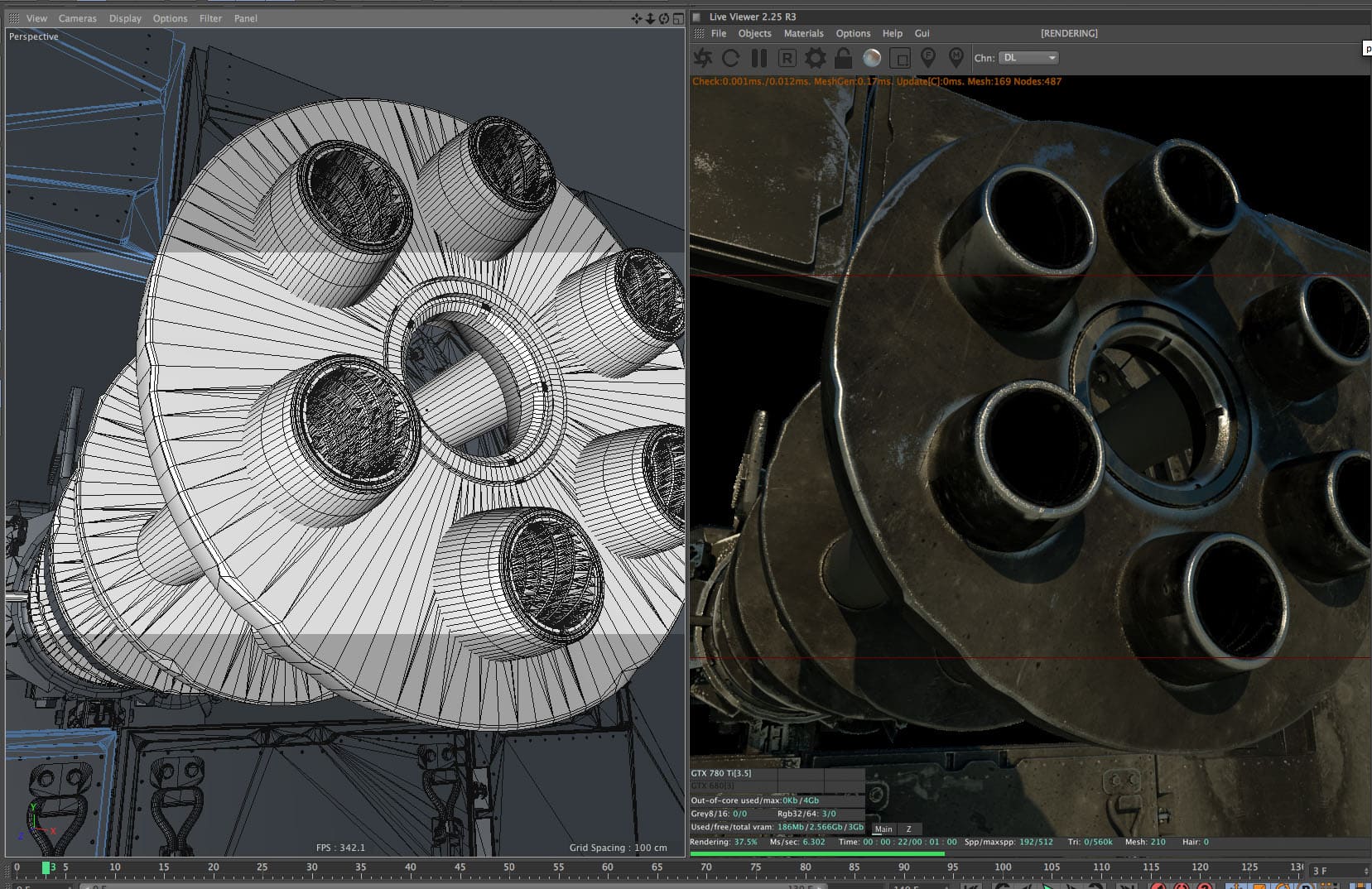 Seriously though, the longer I spend directing the more I am aware of one truism: Your people are everything.

I’m incredibly lucky at Elastic to have a world class team. We’ve assembled them over a period of years, as we draw in more and more people and find the right fit. It’s not about just finding the most talented collaborators — there’s stacks of people out there with talent — it’s really about finding the right collaborators, the ones that suit you and your style or pattern of work.

It’s not about just finding the most talented collaborators... it’s really about finding the ones that suit you and your style or pattern of work.

People like Paul Kim, who’s been design lead on virtually all my jobs since True Detective, or Danny Hirsch, who works as an AP behind the scenes making our productions run like a finely oiled machine.

Or Jennifer Sofio Hall, who runs our company and has been there as a confidant, sounding board and advocate since the first job we booked together.

These are the people that make the work good. As a director, I’ve got the best job in the world. I get to conduct an orchestra of knowledgeable, talented, experienced professionals. Ultimately though, I just wave my hands about and talk a lot of nonsense: it’s the orchestra playing the music.

Were there any unforeseen obstacles that popped up during production?

I don’t want clients to leave us alone completely — it would be too easy for us to stray and get indulgent in our choices. We rely on our collaborators to work with us and guide us in finding a solution that’s right for their series or brand. But, we do need trust.

All designers have experienced that moment when a client starts changing things because they can’t grasp that what they’re seeing is a work-in-progress. That’s how good work gets killed, or badly deformed. 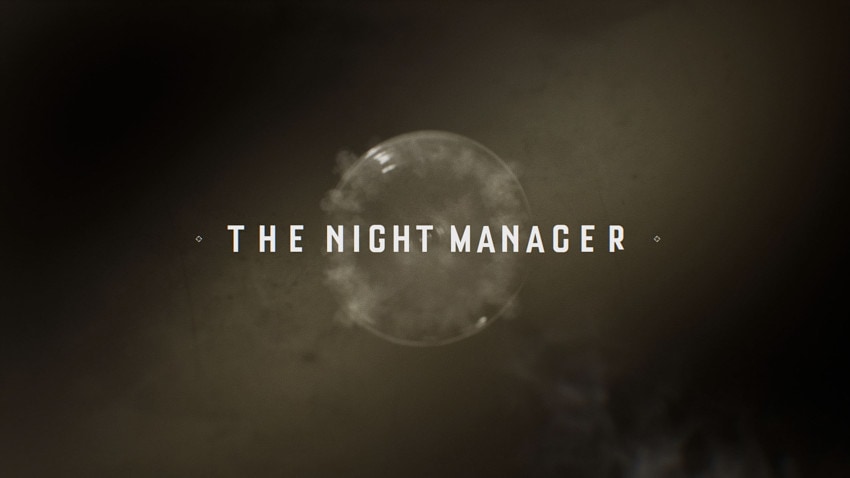 The team from The Night Manager were spectacular. They helped us get it right by giving us input and guidance at every step, while simultaneously trusting us and giving us the scope to forge strong creative storytelling.

My deepest thanks goes out to Susanne, Simon, Stephen, Rob and everyone on the production for their support and collaborative input. I sincerely hope we’re doing another project together soon.