Lloyd Alvarez has a few points to make. So sit up straight and pay attention.

For those who don’t recognize the name, Lloyd is best known for being the founder of aescripts + aeplugins, a marketplace for digital tools. 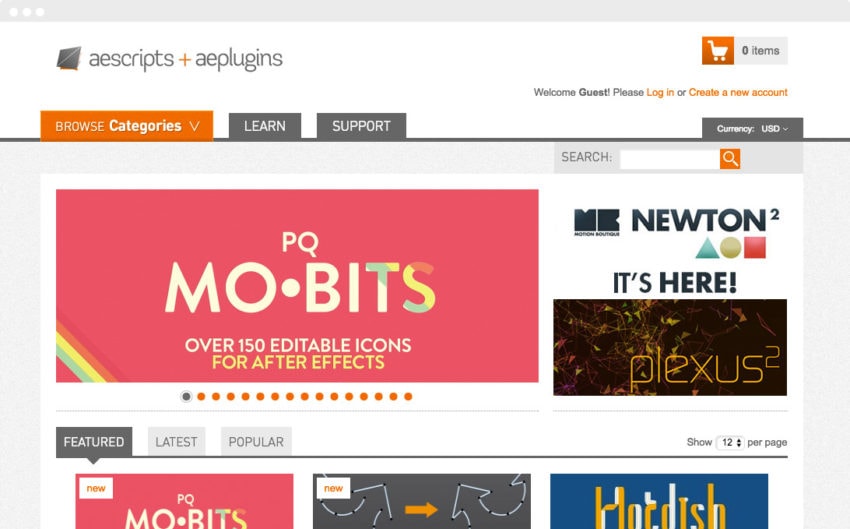 He has built and sold products to make our lives easier, our workflow more efficient, and to help us create effects that we otherwise couldn’t achieve.

See what I did there? I didn’t say anything about “scripts.”

For Lloyd, people get too attached to the idea of scripts. “They’re all just tools,” he explained to me. “Tools that help you do your job better.”

Unfortunately for Lloyd, there has been a negative perception in the mograph community about scripts for some time now, especially in comparison to their big city cousins — plugins.

It’s a subtle thing, but on some level plugins feel reliable, professional, and safe. We imagine them being developed by big teams of responsible, professional coders in some shiny office with a great view of some impressive landmark.

But scripts? Not so much. Those we picture being hand-coded by individual animators in their underwear, in a basement, in between bong hits, Xbox sessions and marathon Reddit trolling.

To put it in a different way: we think it’s normal to pay hundreds of dollars for a plugin, but outrageous to pay ten dollars for a script.

“I can’t tell you how infuriated I get when I meet someone who just bought a five dollar cup of coffee, and says ‘Ten dollars for that script? That’s fucking nuts’.”

Because, Point Three. It takes a lot of time and energy to develop any successful tool, no matter what you call it.

For Lloyd, the public perception about scripts is wrong, or at least outdated. That’s a problem. He has been focused on changing it for some time now, but despite a lot of success in this area, it persists.

Ironically, if there was one person who helped create this reputation of scripts as quasi-professional freebie tools made by underwear-clad tinkerers, it was Lloyd.

To understand why, let’s back up a second.

Did you know that Lloyd is quadrilingual?

That’s right. Before he was a freelance creative director for shops like the Mill and Tröllback, Lloyd was born in Mexico City, where he went to a German school, then went to college in Florida and studied Russian.

Putting his ease with languages to good use, Lloyd learned to code. Around the end of his time freelancing as a creative director, he wrote a small program in the relatively-new After Effects scripting language that allowed his team of animators to continue working while rendering invisibly in the background.

In other words, Background Renderer. The first script. 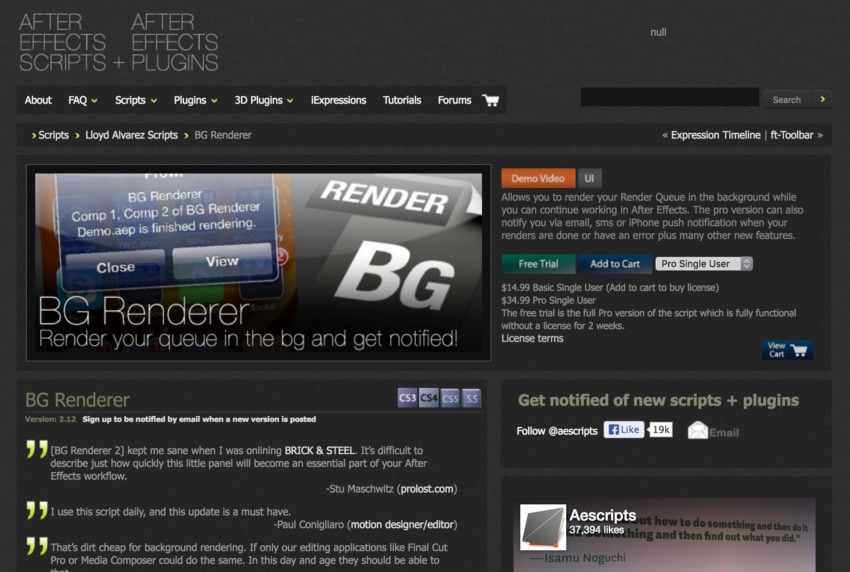 A screen grab of BG Renderer in the aescripts shop, circa 2012

Here’s the thing. It worked well and was very useful, and Lloyd was proud of that. He wanted to share it with his friends who worked in the same field, so he distributed it himself for free over IM. His friends did the same thing for their friends.

But right there we have the problem. The reputation that irks Lloyd so much to this very day. The underwear perception, as it were.

Here’s the first script, the introduction of this concept into the community, and it was developed by one guy and given away for free. Despite being excellent tools, all of the early scripts followed the same model.

Lloyd learned first-hand how difficult it is to make money selling products that people think of as cheap, unprofessional and a little rough around the edges.

It didn’t help that in 2008, when it came time to choose a name for his online marketplace, Lloyd chose “aescripts.com.” At the time it made perfect sense. The only products for sale were scripts specifically designed for use with After Effects.

But ultimately it was a mistake from a business perspective. Lloyd learned first-hand how difficult it is to make money selling products that people think of as cheap, unprofessional and a little rough around the edges.

It worked for Radiohead…

Similarly, Lloyd’s decision to sell the first scripts on his site as “Name Your Own Price” was a double-edged sword. What worked so well for Radiohead around the same time had a different effect on aescripts.com. It helped put them on the map, for sure, and slowly pushed the ball forward on the current trend toward scripts as legitimate products and tools. But most people still paid zero.

The good news is that the perception has shifted a lot from 2008, thanks in part to Lloyd’s efforts. His marketplace itself has branched out considerably since the early days. It’s no longer just scripts, and it’s no longer just for After Effects.

While they still offer many Name Your Own Price products, most of the tools for sale are fully licensed and reasonably priced between $30 and $100.

The once-lowly script itself has evolved considerably since 2008. Paint & Stick, Squall, and CompCode — all released in the last six months — jump to mind immediately as incredibly sophisticated, technical tools that would have been unimaginable a few years ago.

“Scripts are now seen as brands and marketed as such.”

Finally, as more designers and animators have gotten involved in the process of making their own tools, they have brought their expertise from the worlds of advertising and marketing to the presentation and packaging of their scripts.

Scripts are now seen as brands and marketed as such. Snazzy explainer videos and looping GIFs have replaced boring, long-winded technical demos as the front face of these tools, much to the relief of anyone who might purchase one.

As for Lloyd, his life has also continued to evolve. He gets to spend a lot of time with his one-year-old son now, something he cherishes. 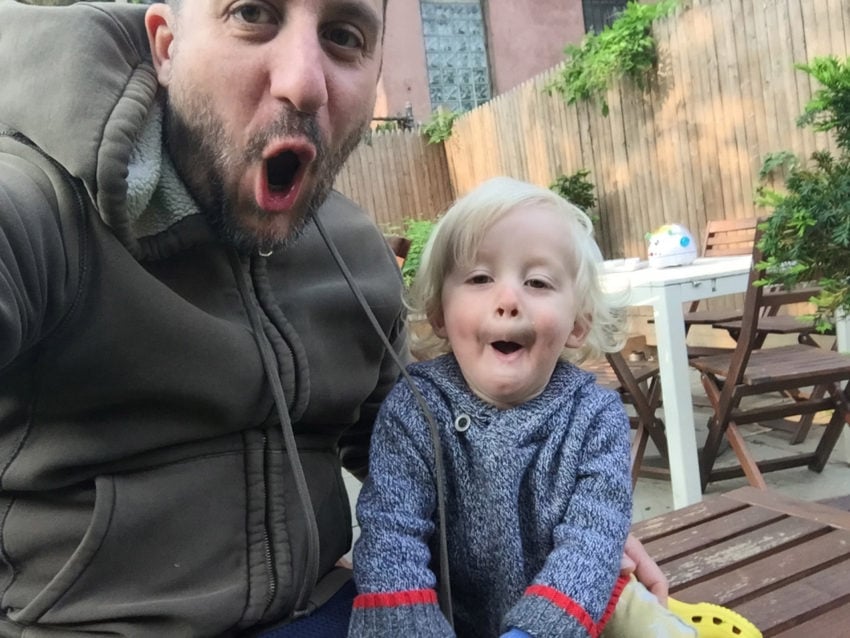 Lloyd Alvarez with his son

Point Four: “I don’t have to deal with clients. That puts me in a good mood.”