Editor’s Note: We are thrilled to bring you this month’s guest post by none other than New York’s own Dan Savage. Dan is an incredibly talented director, designer, and animator who is also the father of Yule Log and Mixed Parts.

Outside of doing amazing work and building community projects, Dan is an excellent example of working on your own terms. While most people are preoccupied with keeping up with the Joneses, Dan is busy paving his own path through the industry.

In this month’s guest post, Dan takes us on a brief journey through the thought process behind starting two of our community’s most popular platforms.

I first became interested in motion design after watching a DVD I came across in college. It was called Enter the Dragon. YWFT invited designers from the community to animate their typefaces. I watched it on repeat. I was obsessed.

Between that and Psst Pass It On, I always wished I could have participated in these projects. I’ve found the easiest way to be included in a collaboration is to start your own.

Four years ago, I had a random idea – what would it look like if a bunch of artists reimagined the yule log fire? Yule Log 2.0 was born. Surprisingly, it was well received, and here we are in its fourth season.

I wanted to look back on the past years and recap the evolution.

2013: I had no clue what I was doing. I invited friends and people from the community that I admired to participate. We ended up with just over 50 films and a rad website from Wondersauce.

This collaboration gave me a new found confidence. A sort of “if you build it, they will come” mentality. It proved the idea that collaborating with a large team to carry out a vision is possible as an independent.

2014: I invited my friends, Oddfellows, to guest curate. They invited 2x as many people as the first year. We ended up with somewhere near 80 films. It was pretty wild.

2015: When it came time to organize the 3rd year, rather than continuing to grow on this trajectory, I decided to limit the amount of films to 50. I thought this would make it more special, and the results showed. Needless to say, selecting the participants was pretty stressful.

2016: As the demand to participate grew each year, I wanted to let anyone apply but still limit the amount of participants. I put together a jury and let them decide who to invite. I gave them a guideline of what to look for, but other than that I stayed out of it. They picked a stellar lineup, and I can’t wait to see the films.

I never expected it to grow this big. There were nearly 1000 applicants this year and narrowing it down was no easy task.

It’s a tough project to manage, and I still don’t think we’ve nailed it.

I’d like to open the conversation on how to plan the 5th year when the time comes. Special thanks to Wondersauce for the continued support.

I loved the sense of community around the holiday that Yule Log 2.0 provided. I wanted to explore this further.

There are a lot of places to go for animation. You have endless films on Vimeo, great posts here on Motionographer and Cartoon Brew, every animator you could want to follow has some sort of social account, and let’s not forget the stream of consciousness that is Slack.

But there wasn’t a place for medium-paced discussions where people could take their time and write longer thought-out responses.

I come from a background in graphic design, so I was used to an industry that has all the resources you could ever dream of. In college, we were required to attend events in NYC. It seemed like every weekend there was some sort of lecture, panel, or event.

As my interests shifted towards motion design, I never really saw a central location for such a thing. That’s not to say there aren’t great events like F5 or Blend, but there isn’t a more consistent one.

I doubt mixed parts will ever become an AIGA or professional organization of sorts, but I do think it’s a step in the right direction.

Even though a lot of it might seem like fluff, I believe that finding ways to bring everyone together is important. It will only help the industry to progress.

Graphic designers often make jokes about these establishments, but how can you rebel against them without one?

Since launching, many topics have come up that we were begging to discuss. Everything from publicity to the hold system, to retaining rights to your work.

Recently, Al Boardman brought up the issue of Giphy attribution, and the problems we face with brands having easy access to exploit our work. Giphy even signed up to respond.

While IRL panels and lectures are on my wish list, Reddit-style “Ask Me Anythings” will fill a gap for the time being. These will be hosted by people we actually want to hear from. 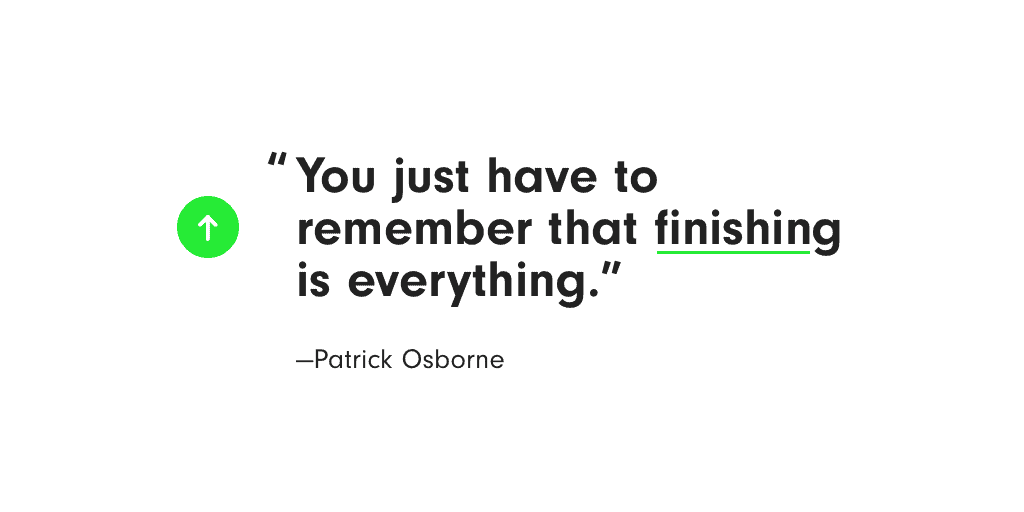 Last Wednesday, we invited Oscar-winning director Patrick Osborne to host our first AMA. The wealth of knowledge he provided the community was priceless.

I personally learned more than I could have hoped about the entertainment industry that is so similar yet feels so foreign.

We have much more planned so keep an eye out.

Building something like this is not without its challenges.

How do we get different disciplines to mingle? Who do we invite? How do we grow the community without losing the quality of our posts?

The animation community feels a bit segregated to me. Is it because of how varied the talents that come together to create animation are? Maybe.

Trying to get people from different disciplines to mingle is a lot harder than it seems.

Then we have commercial animation and motion design vs film and tv animation. My network skews more towards the former but making this a home for both is definitely a goal.

It’s been important to us to keep it small. I’ve been slowly giving out invites to all members to let them decide who we invite.

Building a strong foundation fosters a mature community. No one wants to invite the asshole to the party.

I’d like to keep growing but maintain the quality we’re seeing. I’m happier with great posts that are few than mediocre posts that are many. If you’d like to participate you can apply here.

I see mixed parts as a clubhouse where we can share the best new film, the latest industry news, and ask meaningful questions.

As I mentioned, I don’t think it will become a place to create standards or some sort of professional organization, but you never know.

I DO hope it at least helps facilitate the conversation that starts this.

The future of the site more or less depends on you guys thinking it is useful. Community sites are nothing without the community (duh), so we can only do so much.

As always thanks to Robbie, Joshie and the rest of the team for making it a reality. We’ll keep building it as long as you guys keep stopping by to say what’s up.