Editor’s note: At a time when our industry is more saturated than ever, how do you distinguish yourself from the masses? Short films can be a wonderful way to not only hone your creative chops but also to demonstrate your unique point of view. That being said, anyone who has ever gone down the rabbit hole of personal projects knows that they are no easy feat. In this Motionographer Guest Post, who better than Eoin Duffy himself to discuss the highs and lows of making short films and what it was like making his newest film “I AM HERE”. 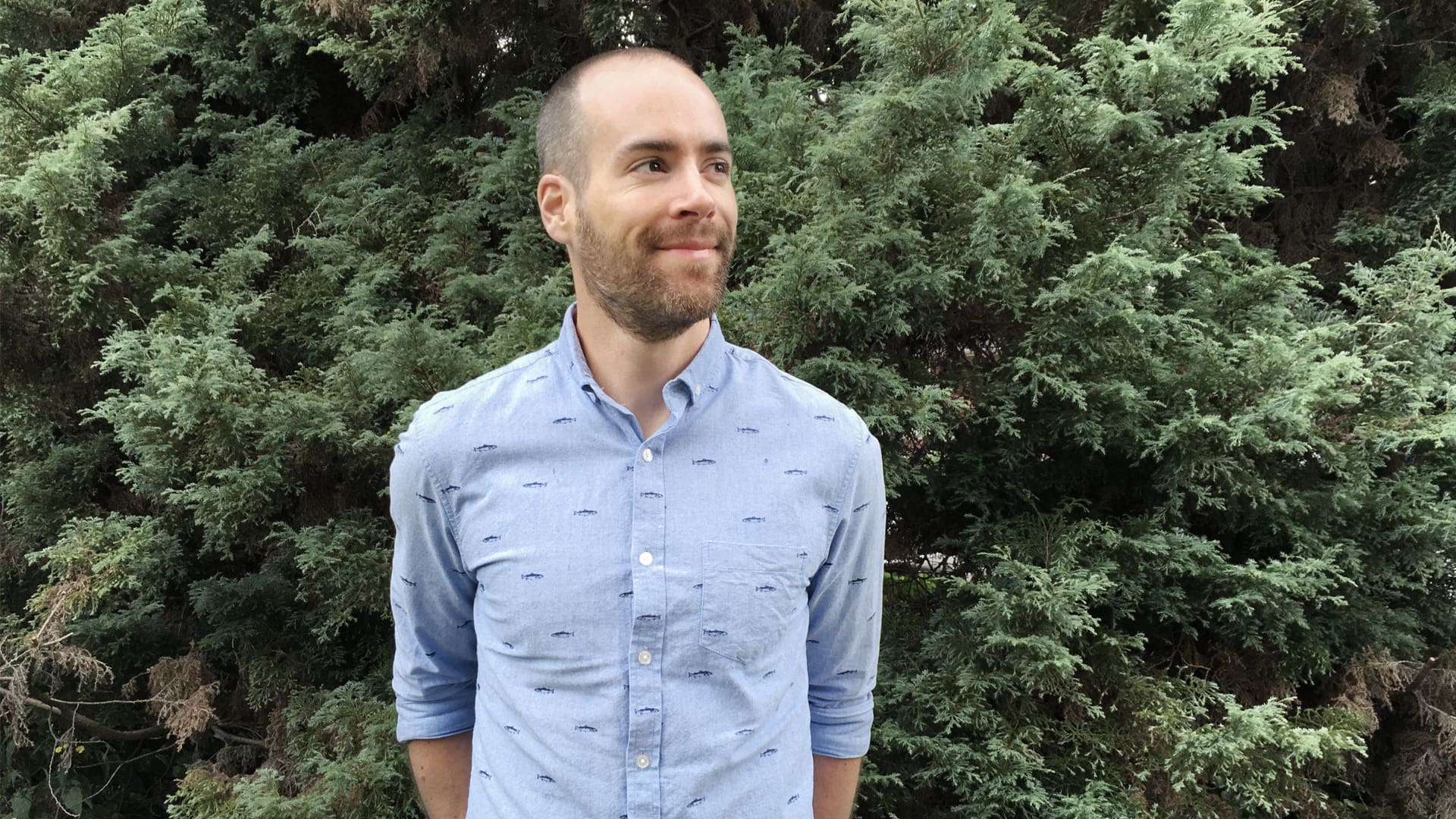 Yeah! My latest short film I Am Here has come to the world wide web. One year of exploratory design, animation and production. Followed by one year touring the festival circuit. I’m delighted to finally release the film online.

The project is a collaboration with the NFB. I was also humbled to welcome some amazingly talked folks onto the team – voiced by the great Nicholas Campbell, scored by Toronto based duo Menalon, mixed by NFB legend Jean Paul Vialard. But most notably for me were two artists I have followed for years, character animator Henrique Barone and sound designer John Black. Both no strangers to Motionographer. Henrique took charge of the final scene, solidifying the film’s two distinctive halves. While John laid out an intensely original audio layer that propelled the emotional drive of the film.

To date, I’ve made three short films, On Departure, The Missing Scarf, and now I Am Here. And each time I am hit with the same line of questioning, which essentially breaks down to “why make short films?”. A short film’s value isn’t immediately evident so it is a forgivable question. Also as a motion designer, hanging around with other motion designers, it sometimes feels like the realm of short films belongs solely to the arty-farty classically trained animator. Not the commercially orientated motion-designer. But I’d like to take the opportunity to expand on how I got into making short films, why I make short films and the reason I encourage anyone interested to take the leap. 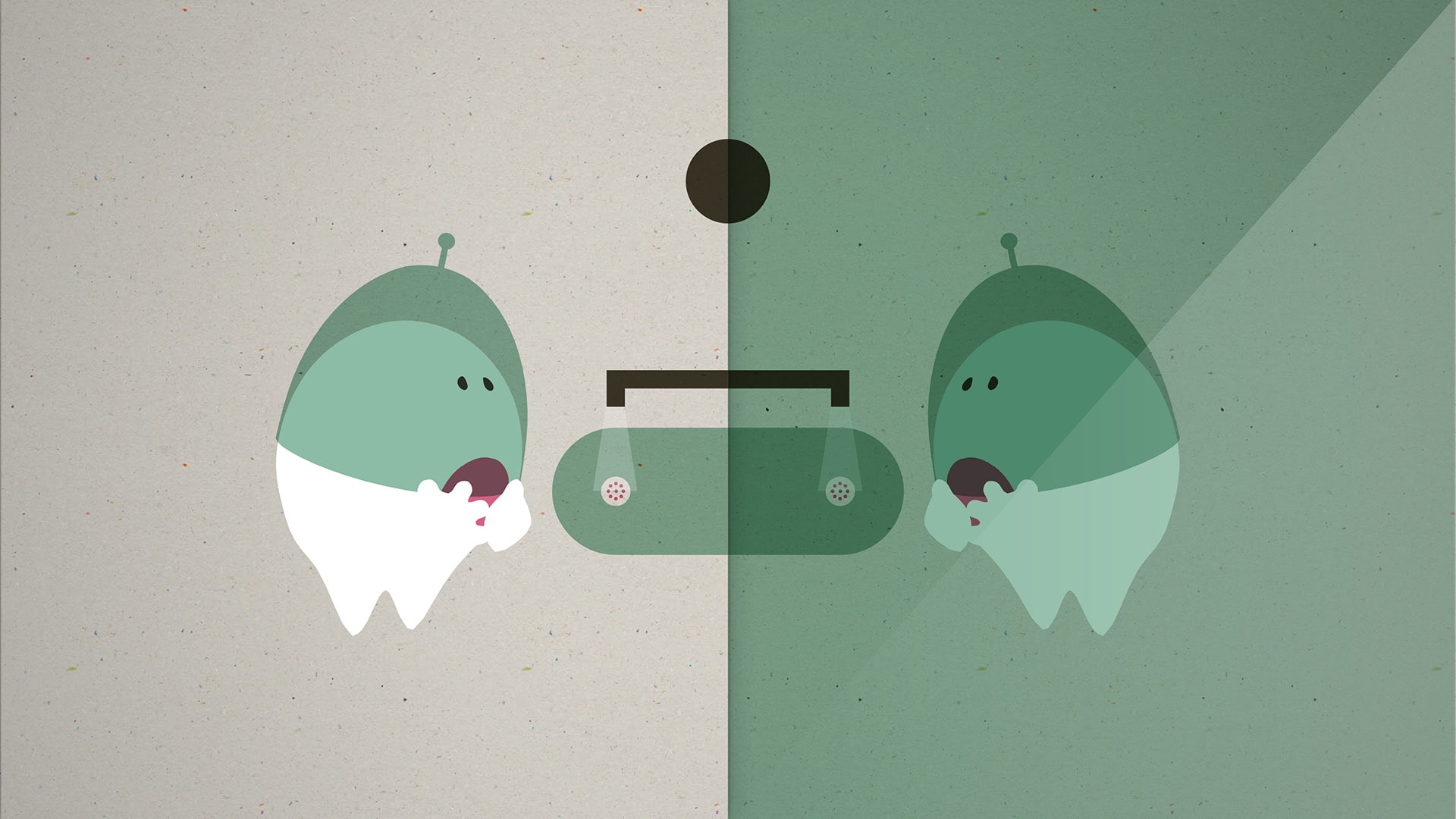 I shy away from the label, but I have always been an artist, always doodling, always creating. My father was a full-time artist. Art in all its forms was encouraged from a very young age. So weirdly, it took a long time before I found my footing as a creative. Closing in on my 30th birthday, 5 years ago, I converted my late night tinkerings into a fully fledged project. I made the leap into animation with the release of – On Departure – my first short film.

So what did I do for my 20s? Not much. I studied design and then chose to bum around the globe for close to a decade. I was a laborer, furniture remover, web designer, bartender, roofer, farmer. I spend time in the Mongolian outback. I drove coast to coast of the US. I cycled around New Zealand. I lived on a train in Russia for a week. I bought, crashed, and sank a boat on the Mekong. I lived in 6 countries, traveled almost 50, and did all I could to load up on good times. But all at the expense of any type of career.

So as a late arrival to the animation game, I found myself playing catch up. I needed something to expedite my skillset. Something to help hone my creative voice. And fast. For me, no other catalyst outperforms the unassuming short film. Yes, you innovate and grow while creating client projects.Yes, you progress with experiments. But the compounded growth of fully dedicating yourself to a sizeable self-guided personal project is unmatched. You are forced to wear multiple hats and learn the inner workings of each. You hide your imposter self, blag your way to the end, and somehow pick up the necessary skills along the way.

Yes, short films can be giant pain in the balls. They demand a lot of your creative spirit, and a major slice of your emotional bandwidth. Especially if new to directing a team. The project will beg for the sweet release of death on a daily basis. No client is demanding a result. No outside party is prodding you onward. You alone maintain momentum. No safety nets, no guide, limited knowledge. It is a giant untethered leap into an abyss of unknowns. The Missing Scarf was the first script I ever wrote. George Takei was the first voice actor I ever directed. You bullshit your way across the finish line. But when you finally do, you’ll emerge with a bloated bag of tricks you previously thought impossible.

Another benefit – cash!! Not immediately though. At best you’ll secure enough funding to cover a few months of minimum wage. But afterward, clients come a-knocking. Directly referencing my short film work I’ve been fortunate enough to lead projects for – Apple, Facebook, CBC, TED, plus a ton of crappy non-sexy penny-pinching lengthy-emailing clients. But the point still stands. Your short film work is you at your most innovative, you at your most experimental. The exact type of stuff clients want to mine for profit. Yeah!

So no shit! Not exactly a revolutionary thought. Large-scale personal projects are good for your career. So why isn’t everyone making a short film? What is stopping people? Based on what I get quizzed on the most, the two biggest hurdles are – funding and distribution. As adults, we have ever-expanding commitments coupled with ever-dwindling free time. Making it near impossible to create a quality short film without funding. And even then, I’ve witnessed amazing short films die an early death by not setting a solid distribution plan. 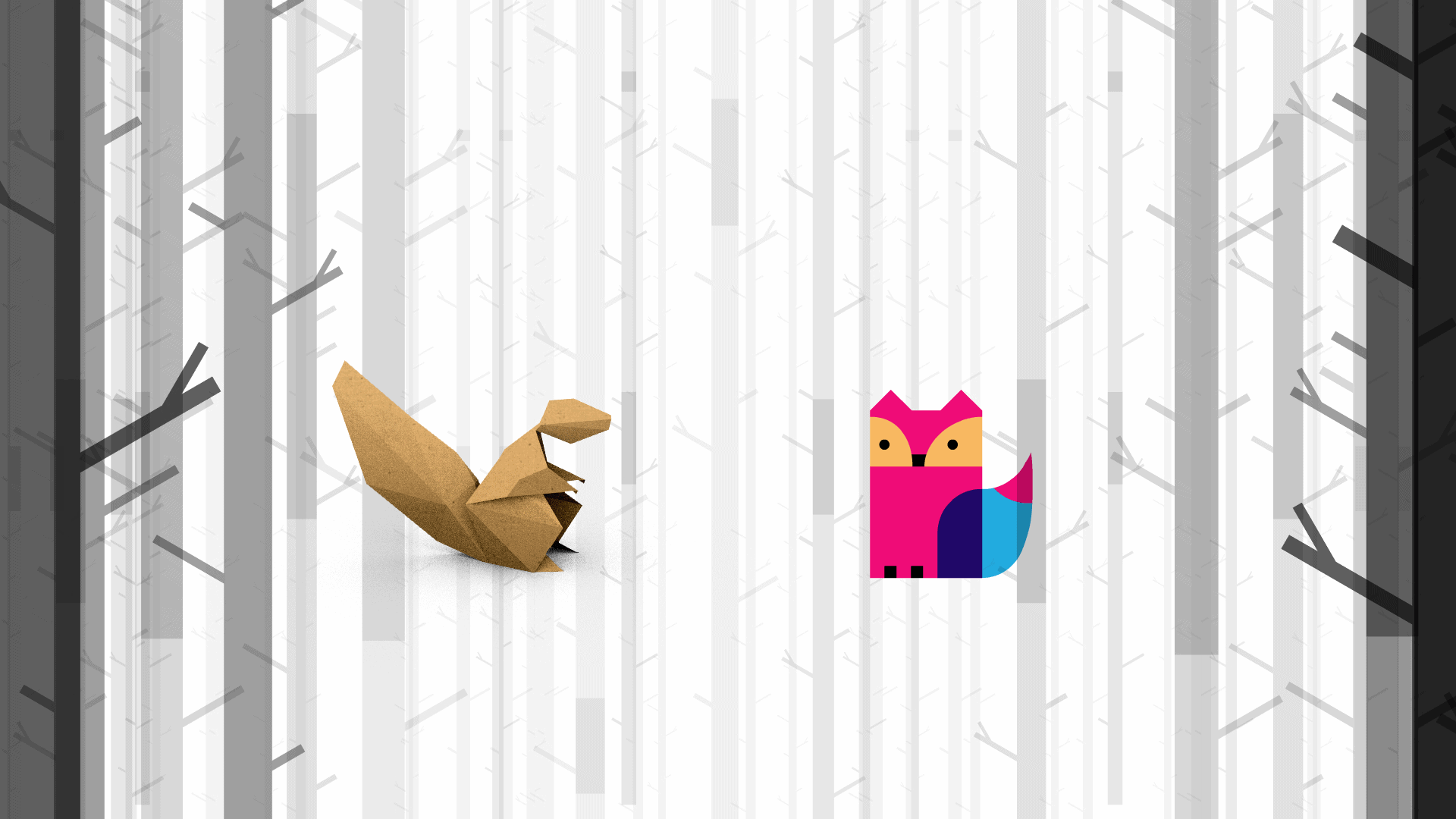 So where do funders hide? In plain sight. Most are crying out for quality creatives to team up with. Often their existence is dependent on discovering promising directors. In fact, I was shocked to learn one funding body I connected with underspends each year. Not enough quality submissions. They simply can’t give away their money! If you feel your project is truly worthy of funding then go knock on some doors. You may be surprised to learn of a whole span of bodies willing to help you and your project.

So which funder? Get Googling. Most countries have a number of government-funded art or film programs. Failing that some private institutions offer grants. There are also a number of international film funds available to anyone in any country. It can take months to properly research every avenue available to you. But I highly recommend the simple task of listing each discovery in a big ass spreadsheet. Include fund amount, deadline, restrictions, contact, etc. List them in order of preference, summon your inner worker drone, and robot your way down the list. Each submission can be a colossal hurdle of paperwork with no guarantee of success. But stick with it. My first two films were funded by the Irish Film Board, and the third was funded by the National Film Board of Canada. Both bodies have their positives and negatives. For example, production with the IFB was painfully bureaucratic, but distribution was a breeze. They simply hand over all the film rights. While production at NFB is amazingly supportive, but distribution is not ideal. You own no rights to your film and have zero say in how they choose to distribute it. There is the option to claw back some rights but it can be an eye gougingly painful experience. I fought to retain non-exclusive online rights for I am Here, allowing me to release the film on Vimeo. A necessary part of my ecosystem, as all my clients approach me through Vimeo.

All large funders are more or less the same. Some may want to be involved in the production, some want to retain a section of the film’s rights. Also be prepared to spend a substantial portion of your schedule in meetings, collecting required paperwork, ticking the right boxes, satisfying an endless request for status updates. Far beyond anything you have ever experienced in the commercial world. In short, the money isn’t free. The cost to you is wasted time and the loss of some or all of your film’s rights. Which is fine, and to be expected. They’re paying for the film and have the right to secure their investment. 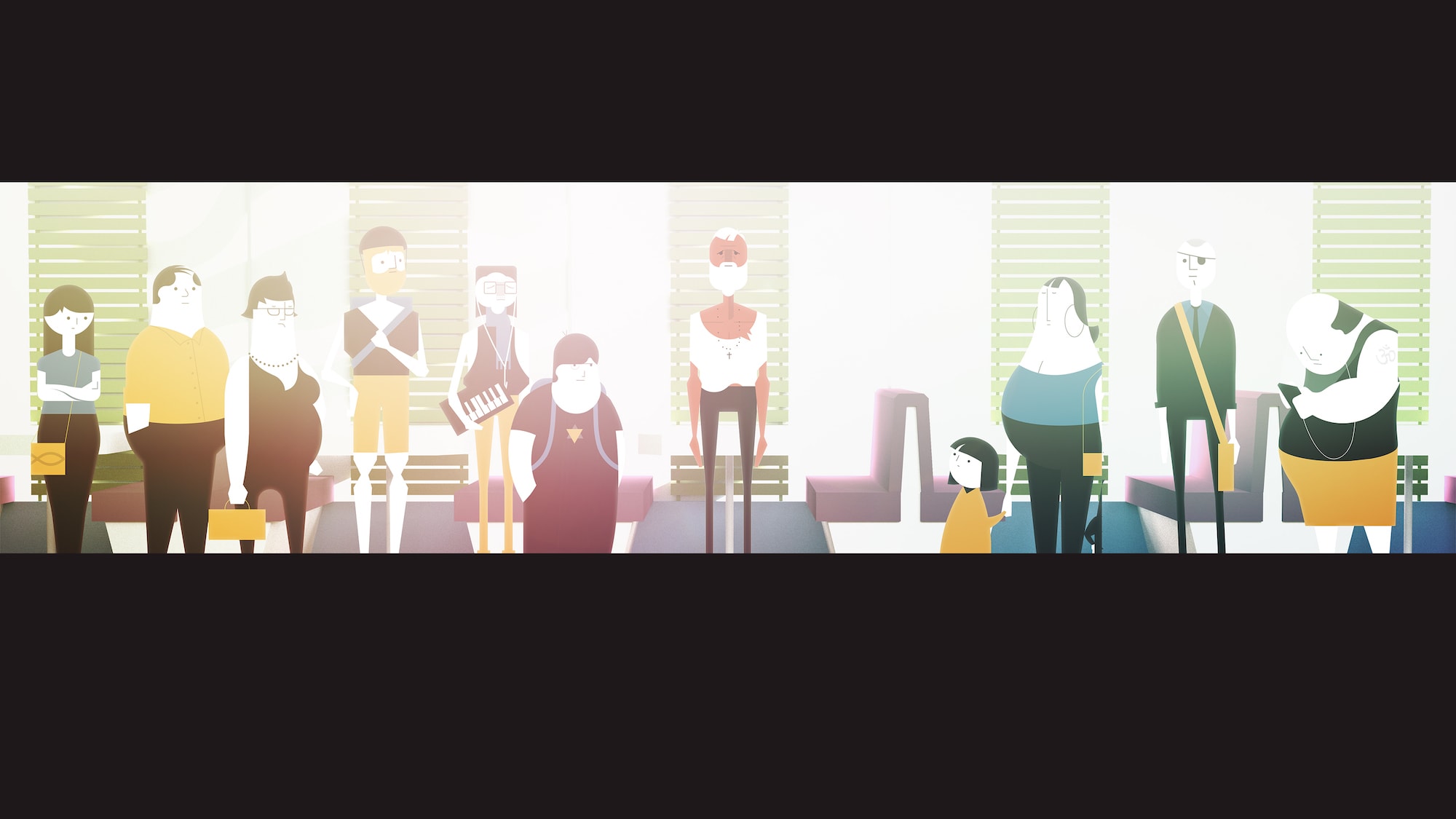 So you got funding. You made your film. Now what? For most shorts, the first step into distribution is a tour of the film festival circuit. Usually lasting in and around one year. Know that the venture can be costly and demand huge amounts of your time. But if successful the publicity and empty power of meaningless awards can boost your profile. My first film, On Departure, was a complete dud. It got refused by every festival and only screened once. But my second film, The Missing Scarf, surpassed all my expectations. It screened at over 150 festivals. It won a festival every two weeks for a year. It got shortlisted for the Academy Awards. It was included in the US-wide theatrical release at the Oscars. It allowed me to travel the world for a year giving endless award speeches. It drew a stupid amount of media coverage, dramatically increasing my following, and firmly placed me and my work on the map.

Having said all that, the experience quickly taught me a hard fact – awards are not edible. I was broke. So much of my year was spent traveling and promoting the film that I got piss all work done. No money was coming in. The film had yet to premiere online. As such, I received zero client referrals. Most festivals will not screen a film if it is available online. Hence the delayed web launch. I’ve since learned to have a constant healthy mix of commercial, personal, and promotional work in effect at all times. But the benefits of touring the festival circuit have to be weighed up against the drawbacks of a delayed online launch. If going well, stick with the festivals. But if your film is a dud, much like On Departure, probably best to skip out early and place it online.

Once the festival run has come to a close it is time for the online premiere. I’m still surprised to see artists placing their work online, sitting back, and hoping for an audience to arrive. Tell people it is there. To achieve this a brilliant guide was written up by Andrew S Allen on Short of The Week. The guts of which state – email blogs. Email lots and lots of blogs. Not very complex. But doing exactly this I was delighted to see On Departure discover a second life online. I’ve done the same with every major project since. 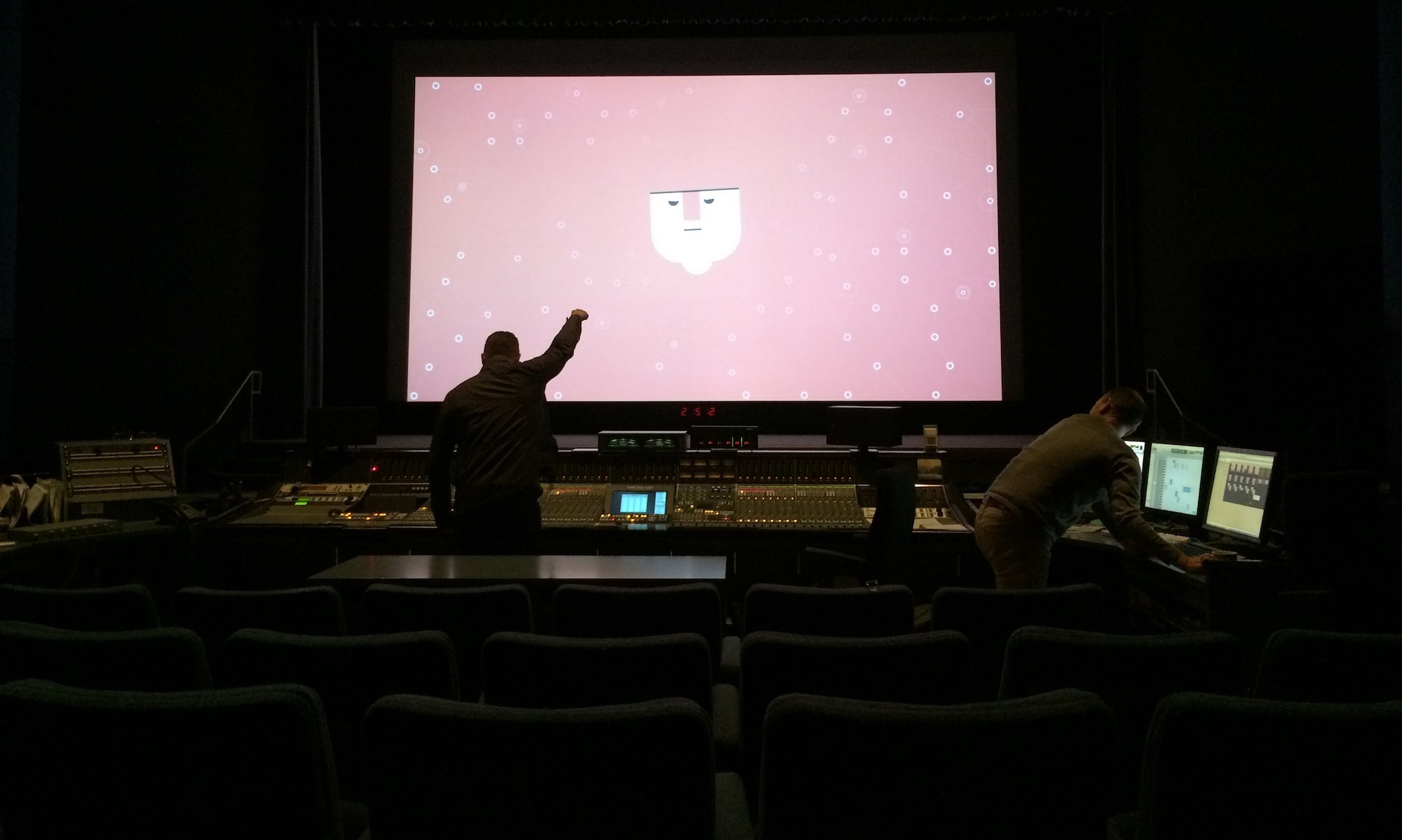 At times my setup can appear embarrassingly unsustainable. Funders may grow tired of me. My style falls out of fashion. Blogs tell me to piss off. Client referrals dry up. I fall into a life of petty crime. I try heroin just this once. Oh no, I’m selling ass down an alley beside Burger King!

But thankfully I remain afloat. I also remain hugely grateful that the act of creating a personal project, an exercise that fulfills me creatively, has the added benefit of drawing in commercial work. I’m not banging down doors trying to prove my worth to an unwilling client. They seek me out. Even so, like many, there are times I struggle financially and emotionally within the industry. Yet I make an effort to reflect on where it all began, working a mindless 9 to 5, teaching myself animation late into the evenings, and only dreaming of entering the field. Short films allowed me to switch up my situation. It pushed my hobby into a career.

So I encourage everyone to produce a large scale personal project. Play around in an unshackled environment. Expand your skillset. Push your style into new directions. Grow your creative voice. Increase your audience. Attract worthy clients. Repeat.