Editor’s Note: For the first in our Meet Me series, we sit down with freelance designer, creative director, and entrepreneur Jordan Lyle. Jordan has been featured on Motionographer.com on many occasions and served as a judge for the 2020 Motion Awards. Our Tell us in Ten delves into Jordan’s mindset on how he approaches both his work in motion design and his long-term goal of building a brand that leaves a legacy. 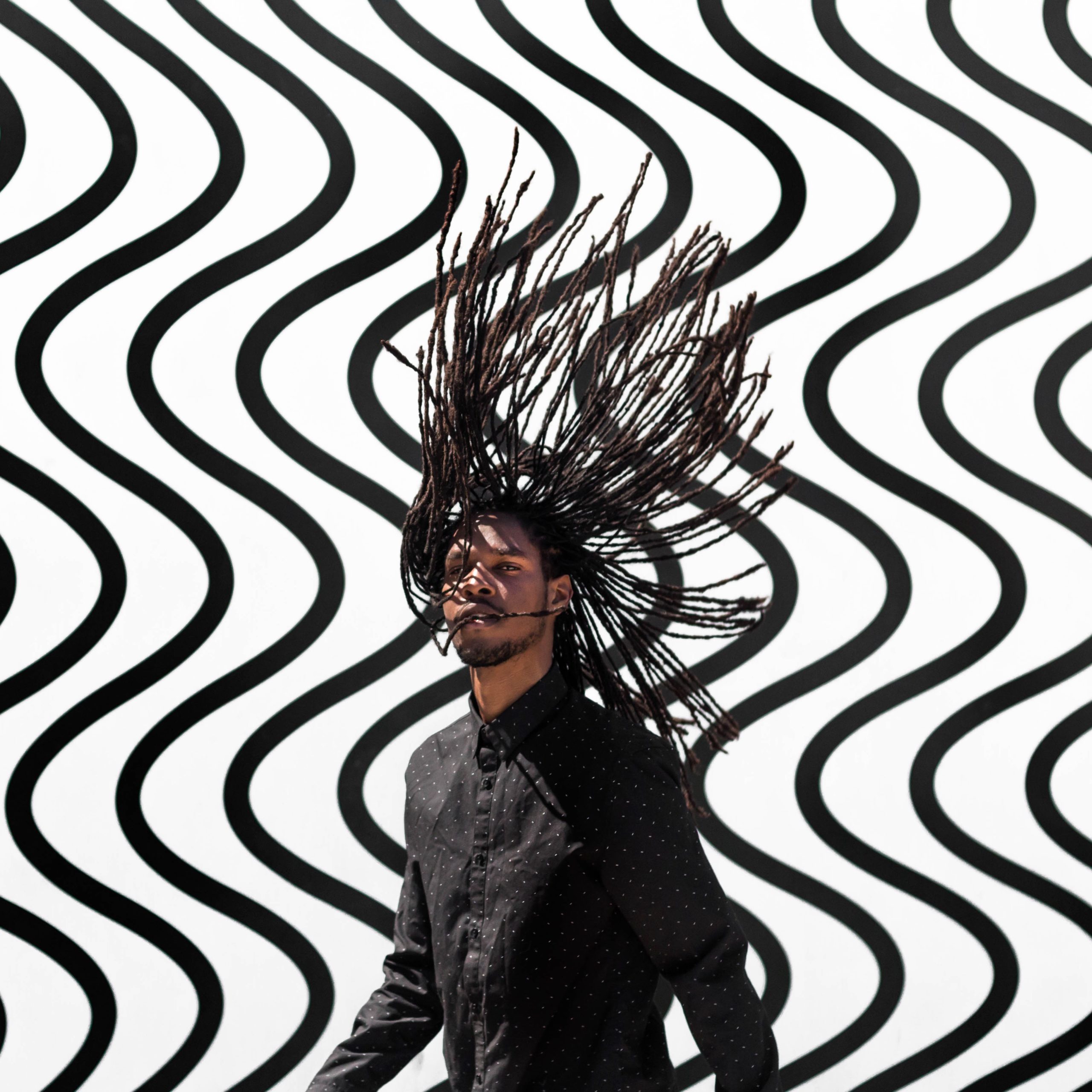 It’s funny; whenever people ask me that question, the first thing that always comes to mind is I’m Jamaican. I’ve lived in the States for almost half of my life, but I think at the core, I will always be a hundred percent Jamaican. I’m pretty analytical, a logical thinker, and I kind of lead with solutions before anything else. It’s a hard question to answer at ten in the morning, to be honest [Laughs].

You know, there’s that conversation between artist and designer, but I think for me, communicating specific messages is kind of what I thrive off of, that and solving problems.

So, I would say; I’m a Jamaican designer, thinker, and, more recently, entrepreneur, which is a whole new space for me. 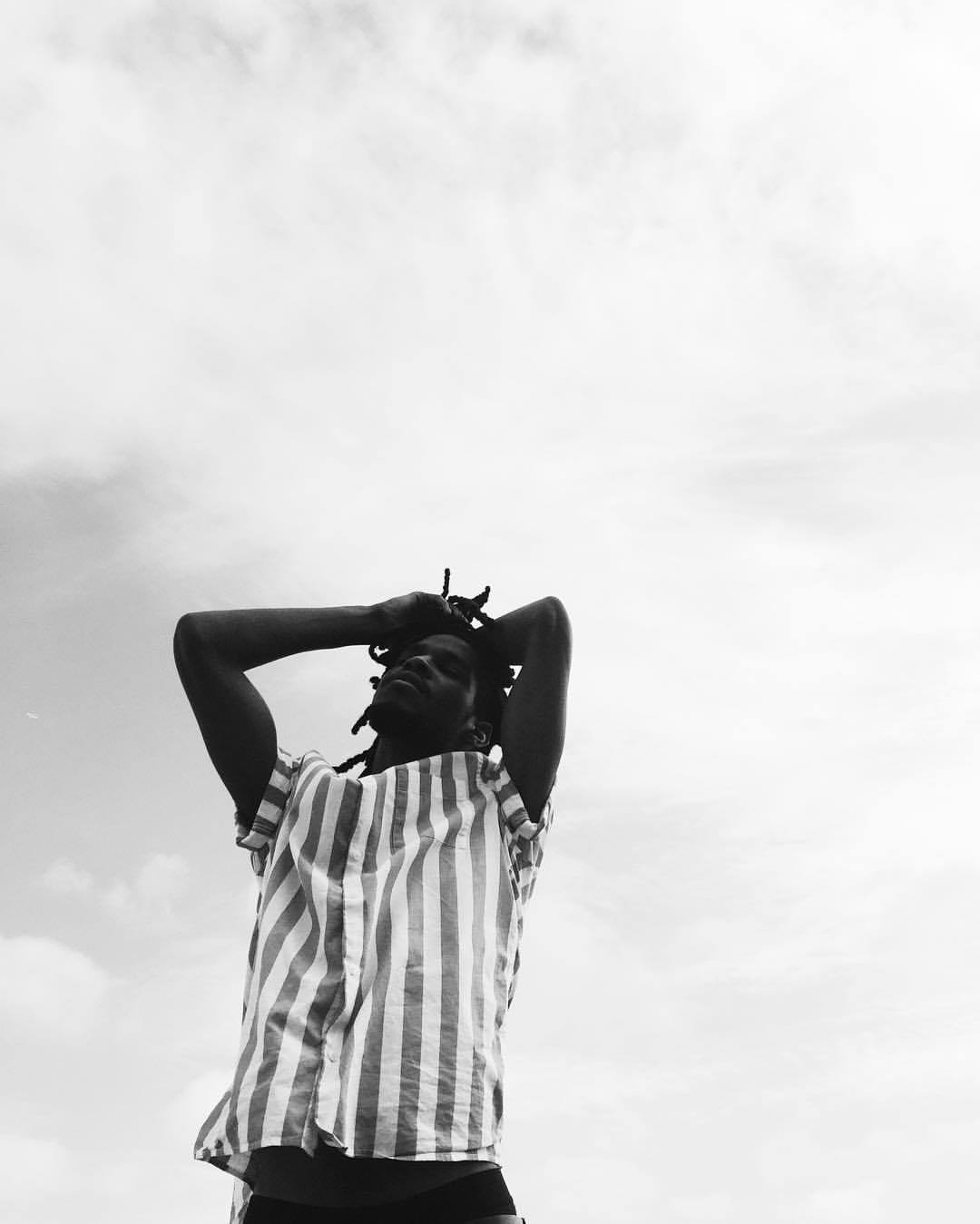 2. Well, let’s start there then. What’s the difference between being an entrepreneur and a freelancer?

Well, it’s two different things, right? Because for me being an entrepreneur doesn’t necessarily relate to motion at all. With entrepreneurship, I can kind of cherry-pick the things that matter to me. With freelancing, I am at the service of whoever I work with and work alongside. Whoever I collaborate with, the purpose is to aid them in their goal, whatever that may be, using the same skillset.

That’s the fundamental difference to me. One is for somebody else, and one is for me.

3. How do you then mentally prepare to go from working on your own creative piece to doing something commercial for a client?

After time spent working in commercial design, you don’t necessarily become jaded, but you become aware of what’s important really quickly. I think, for me, I can compartmentalize how much of myself I need to pour into a project to get the job done versus, you know, finding something that is just solving the client’s problem. You begin to learn how to separate what your needs are from a project and what your client’s needs are.

This skill will save you a lot of headaches and a lot of hurt feelings down the road. When you realize like, “oh, I just worked on this for two months, and it doesn’t mean as much to me.”

But at the end of it, you have a happy client, and you have something that serves its purpose. Being able to differentiate your needs from the needs of the job is something that should be cultivated. Students, in particular, should learn how to develop that quickly.

Sometimes you will get what you’re looking for, sometimes you won’t, but either way, you still have to finish the job. 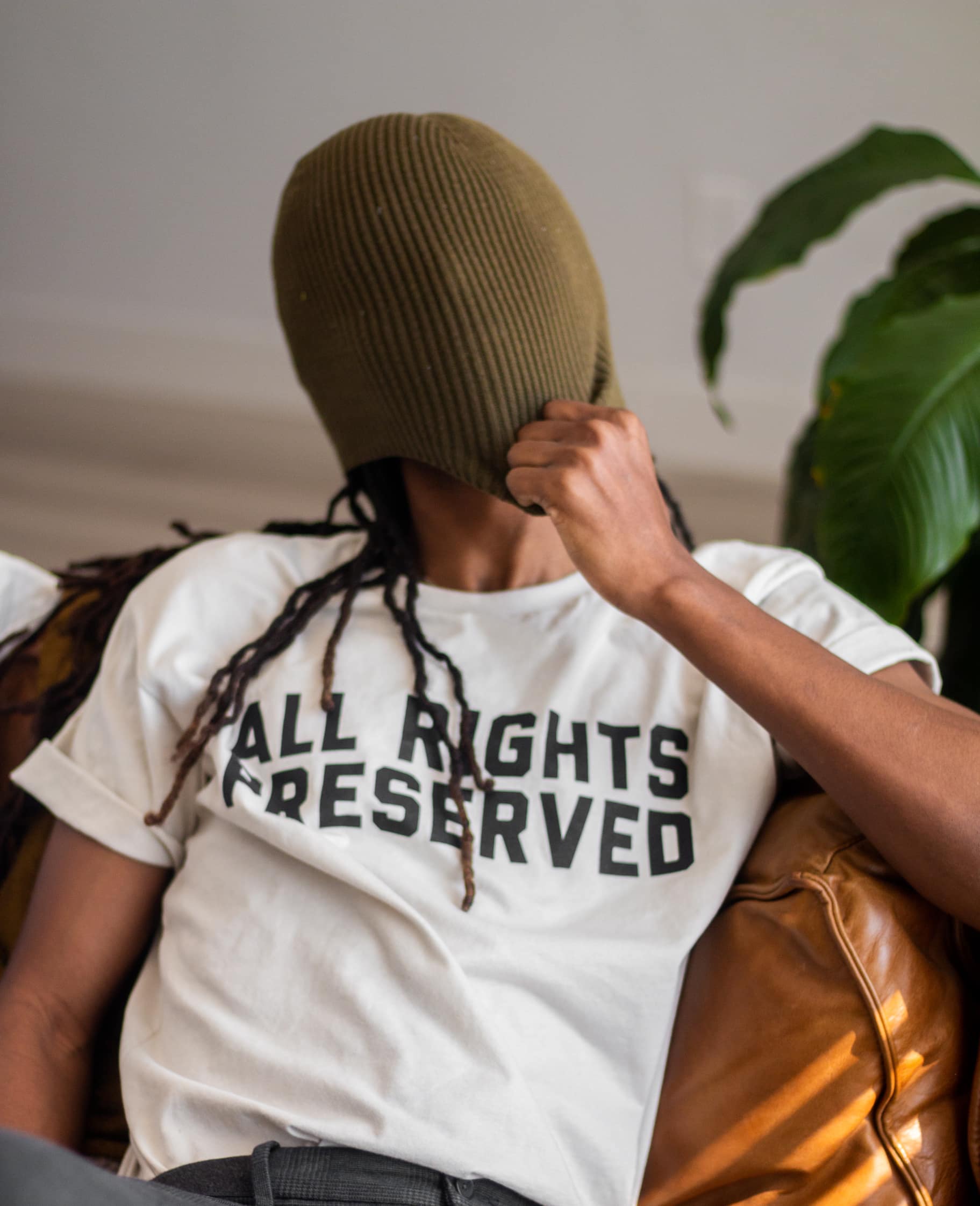 4. Can you name a time when a commercial project has fulfilled a need in you?

I art directed a commercial for Clorox, which presented an opportunity for me to get more physical. We were squeezing jam and jelly (amongst other things) and shaping it into beautiful typography on a bunch of surfaces. I was super proud of that work because I love typography.

I worked with Scholar and food stylist Maelle De Schutter who I’d been working with for a few years, along with a few type designers.

We really took to it. We projected the type layouts that these designers had created and started making them up with mud, pancake batter, grease, you name it. It was a logistical challenge as well because we had so many variables, which made it even more enjoyable for me. The talent would come in and wipe away parts of the word. And then we had to reset in time to shoot again but still keep the integrity of the typography.

It was one of those projects that I felt like my playtime met my work time [laughs]. Because it was commercial, but it also served a purpose that I wanted. It was just cool and unique. 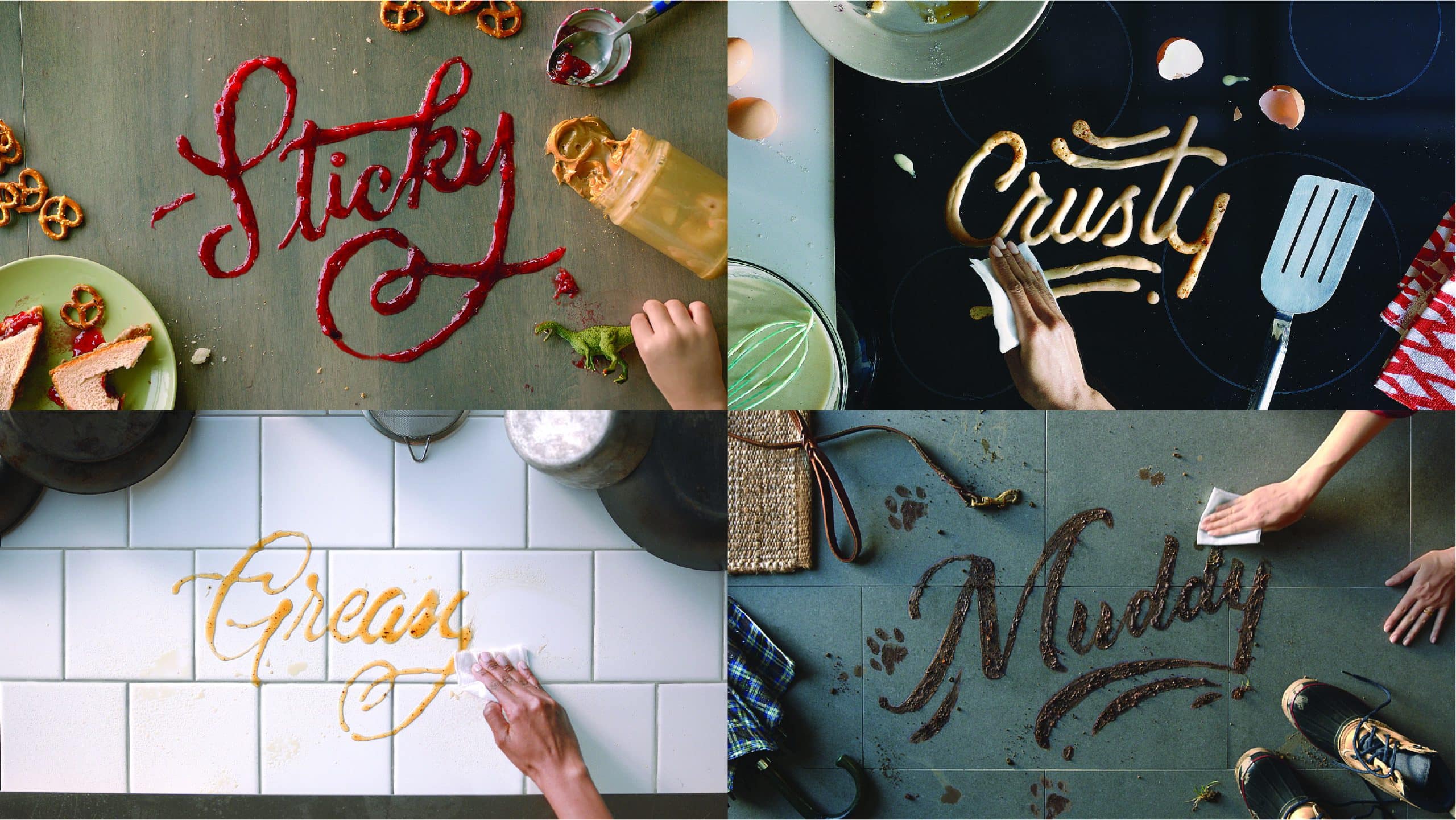 5. Do you think focusing on your own projects, like becoming an entrepreneur, has elevated who you are?

Legacy is an important word for me. I’m an immigrant. I don’t have much family here in the States, and I’m kind of building that foundation for myself. So, it’s important for me to be able to claim something and say, “I worked on this. I created this.”
Even from a young age, I’ve always put a lot of importance on really seeing all the spaces that I move through. I’d like to try and leave something notable in those spaces, not to be remembered for celebrity but more so for the impact that I’ve had.

Starting my brand as a Jamaican, as a designer, it’s something that people can look towards and be like, “oh yeah, this little Jamaican dude started this thing and look what it’s become and look where it’s heading.”

Hopefully, people will see that and derive some sort of inspiration from it. 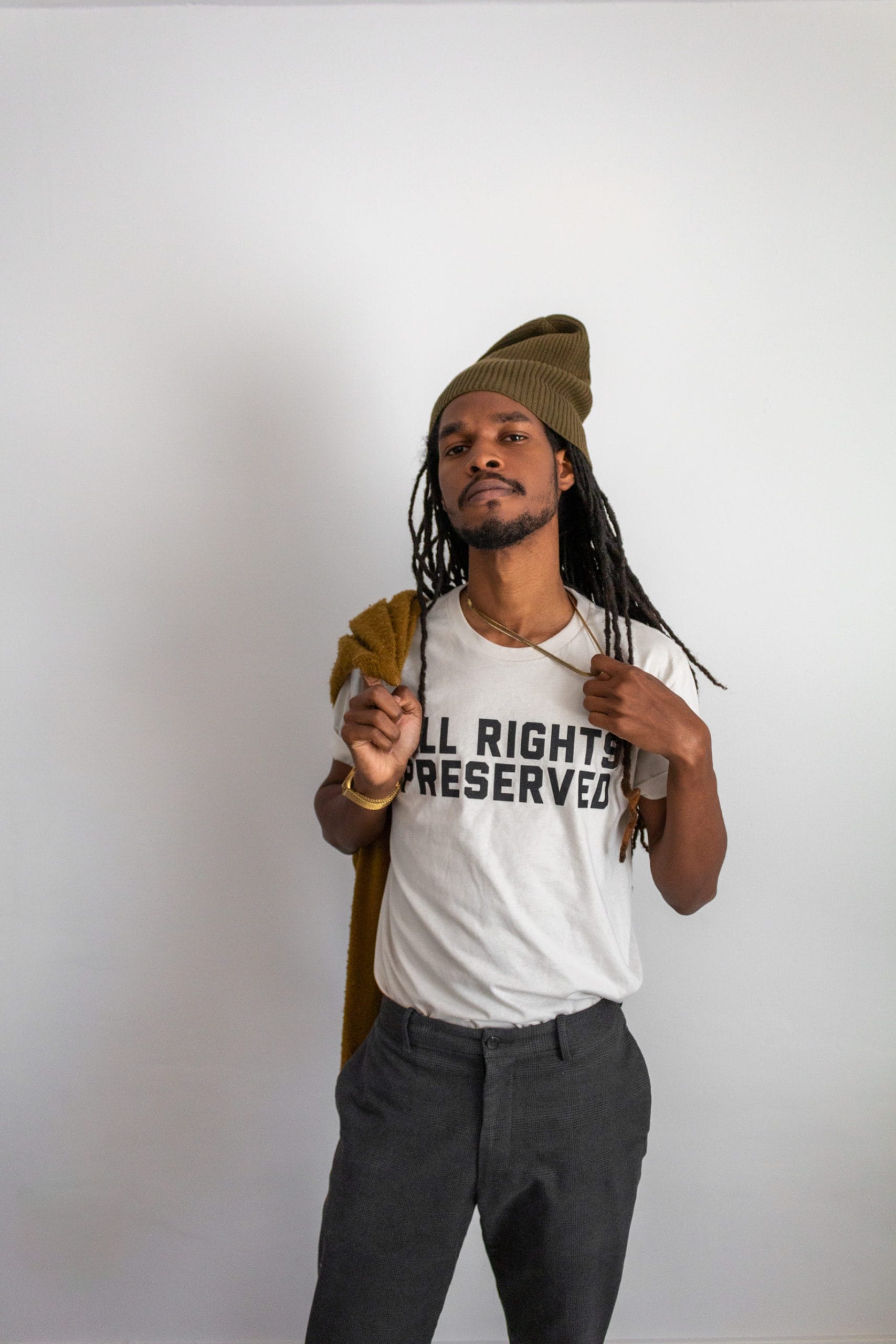 6. And where does your inspiration come from?

I don’t think I have one source of inspiration. I’m just a sponge; whatever I soak up gets squeezed back out.
I went to United World College when I was younger. It was an international boarding school, so we had around 200 students from 80 plus different countries. We lived in a castle for two years, which was a really strange but fulfilling time as a 16 year old.

It was a quintessential melting pot of cultures. In that situation, you kind of just take what you experience there, and it becomes a part of you. I think I’ve learned to do that throughout my life. I show up and absorb a lot from different spaces.

What inspires me currently are my friends. I have the privilege of being connected to a lot of really talented people, especially in design. My best friend Graham Reid is a game developer who works at Snapchat. Sekani Solomon is brilliant to me, the way he thinks, his design language, and his technical ability. We’re all from the Caribbean and are able to enrich each other. In doing so, they add to my voice and what I bring to the table.

I also consume a lot of pop culture.

7. Do you have any advice for people who might be considering starting their own brand or business?

Make sure the conditions are right for you. My brand started as an elaborate hobby that was just an outlet for me; then, it turned into this. Now it requires so much more of my time. I’m being forced to make difficult decisions. You know, do I take this job? Or do I invest that time into myself?

For me, freelancing and having the flexibility to work with different studios gives me a relatively steady income; it’s this that allows me to fund the things I want to do. I don’t think I’d be able to pour as much into my brand otherwise. I wouldn’t want to be starting from a deficit.

Also, it’s cliche, and I hate even saying it, but if you have all the tools to be successful, don’t be afraid to put yourself out there. Just doing it is probably the biggest advice that I could give. Ideas are good, but they are so much better when they’re turned into something tangible. 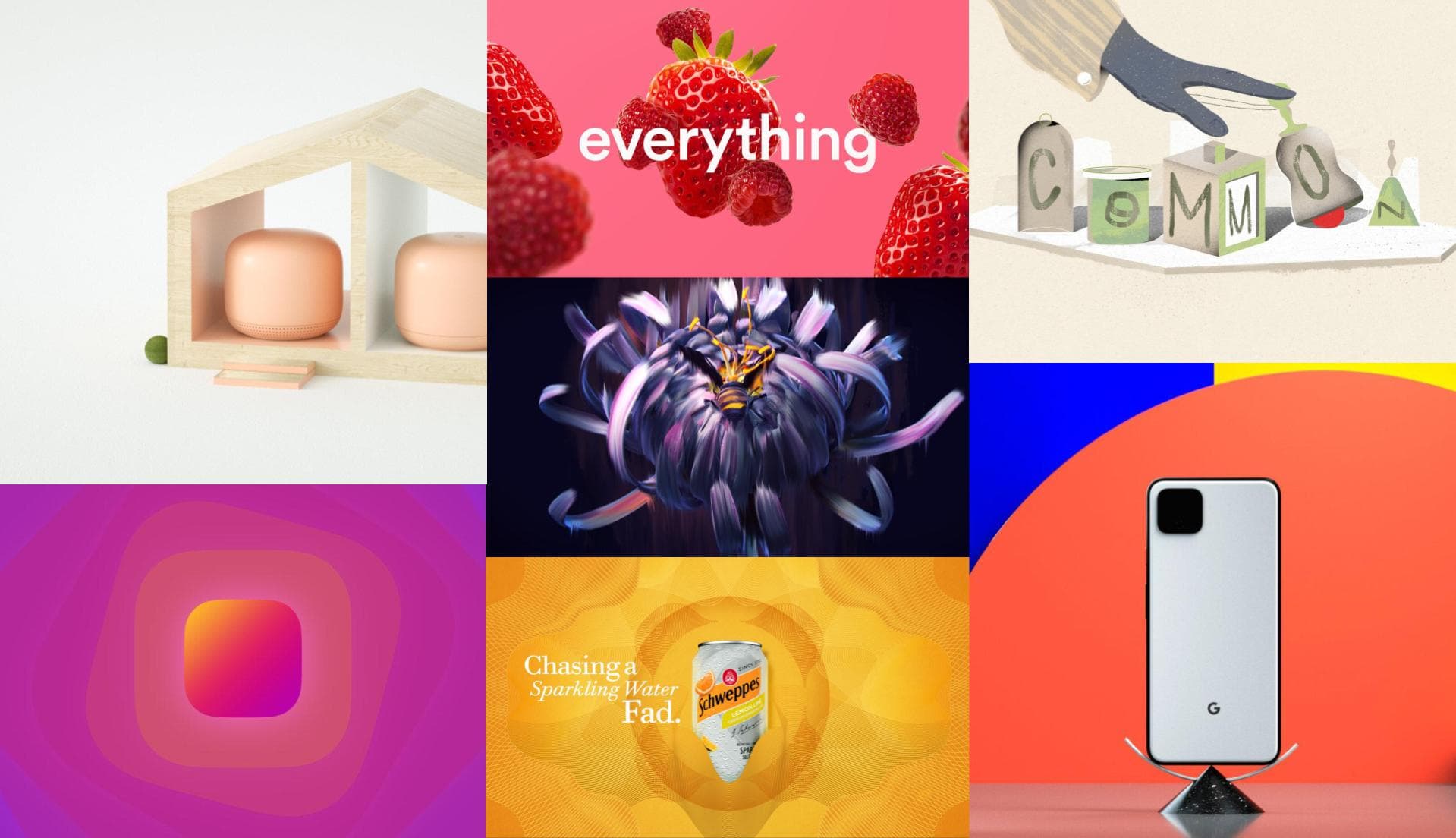 8. How does your brand “For The Culture Club” connect to your culture?

I don’t think the conversation surrounding design really exists in the Black community as it should and could. Part of my reason for starting For The Culture Club is that I really wanted Black people to see design and to relate to it in an elevated way.

There are certain ways in which communities consume art and design. And I just felt like saying, “okay, here’s another way of looking at it that we may not be used to,” because we haven’t been a part of these conversations sometimes.

There can be this perception that design can be such a high-brow thing, but it’s not reserved for one space or one community.

It’s like if you’ve never seen somebody use a cheese knife set, you might think, oh my gosh, what is this even used for? But they’re really just tools that are accessible to everyone.

I like the idea of bridging a cultural gap between what good design and a curated aesthetic can be for the Black community because I personally never experienced it in that way growing up. 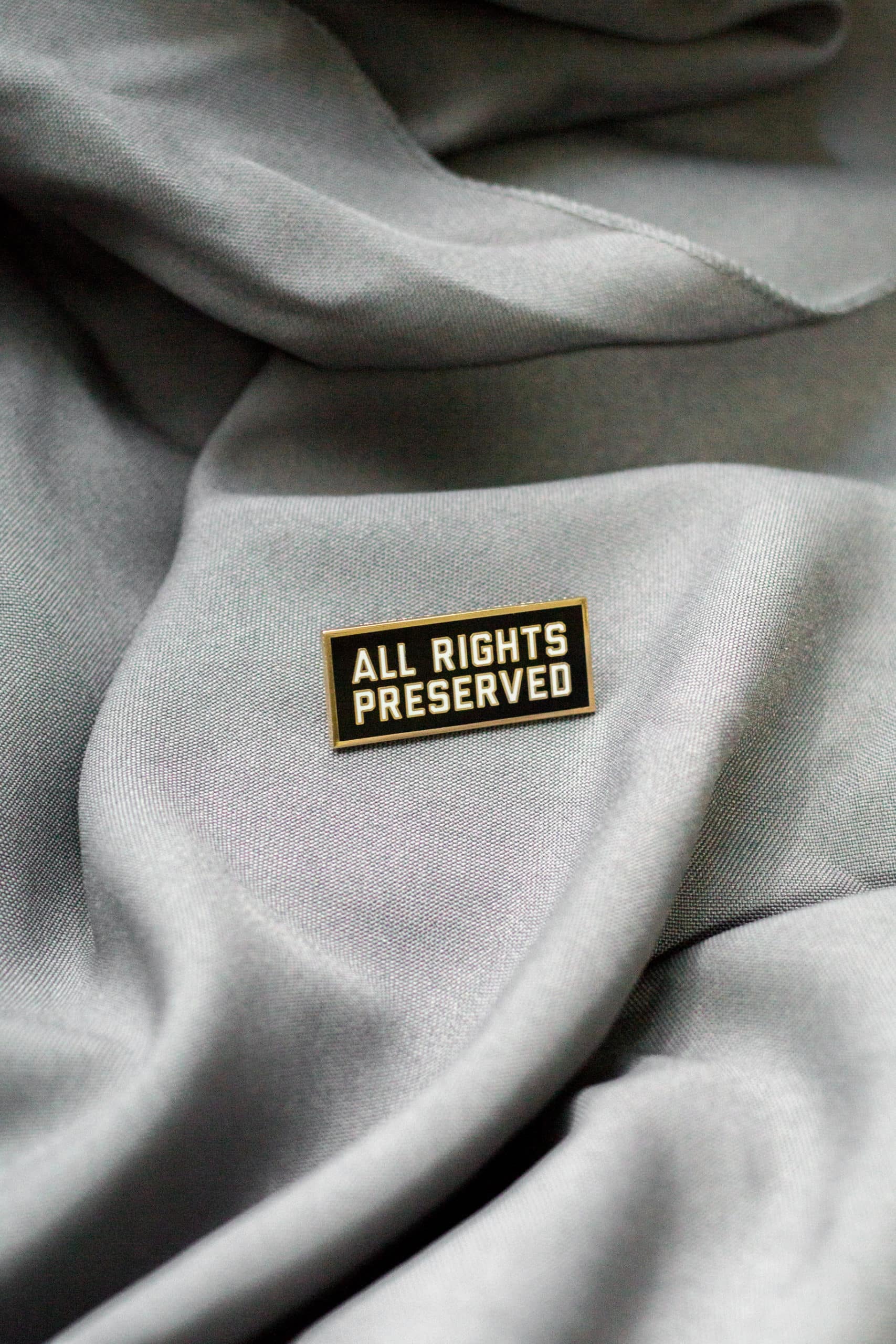 9. Would you say your passion and purpose are now aligned then?

I’ve been asking myself this question too. I think I’m at an interesting crossroads where my passion and my purpose are meeting each other and having a conversation. They’re both figuring out which one takes precedence. Entrepreneurship is not my passion. I say that because it’s something that just evolved.

“My passion is creating something bigger than me, sparking conversations, and impacting culture. That seems to be my purpose, too, using my skills, connections, and thought process to create waves in that way.”

10. What future goals can you share, particularly with ‘for the Culture Club’?

I’m thinking a lot about outreach. If you’re familiar with the Kiwanis Club other service clubs, I like the idea of giving back in a meaningful way. Beyond just words, you know, what is the actual intention of the brand and the potential impact?

Eventually, I would like not to have to work another day in my life.

When I started this brand, I was like, who even am I? How dare I even have this vision for myself. But it is possible. It is.

My biggest goal is to have a successful brand. I want it to be a household name, whatever that means. And it might not even be this one; you know, it might be something else down the line. I want the things that I’ve already poured myself into to be able to stand on their own and be able to give back to me. I want to have something that I worked really hard at that then works hard for me. 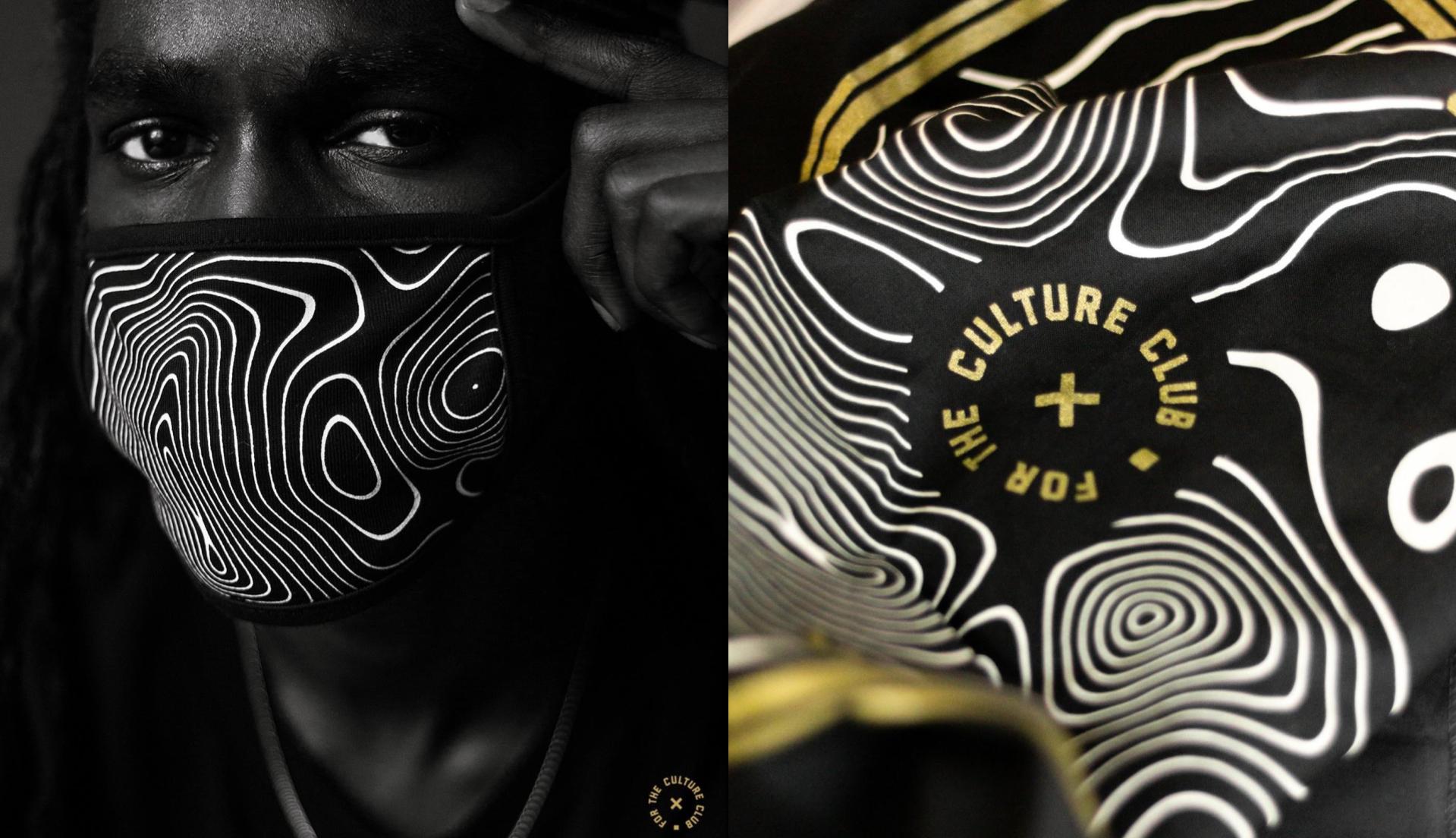 Well, that’s our ten questions. Thanks so much for being here, Jordan.

Is there anything we haven’t mentioned throughout this interview, anything else you want the global Motionographer community to know?

I’ll let you guys in on a secret, I’ve never done a vision board before last year, and it seems like a great thing to do. I don’t know why I was skipping notes on it. I chose one word to have things to branch off; my word for this year was: Tastemaker.

I feel like I’m putting that out there in the universe for whoever to receive, and it’s gonna allow me to be aligned in a way that will help me fulfill and embody its meaning.

If there’s one thing I know, it’s that there’s a lot in this frame of mine that still has to be said and shared that can shape and impact our culture. And I feel like I have a lot of devices at my disposal to do that. Whether it be my voice, design, or my words, so just keep an eye out for me in the future. I’m on a mission.