Make something Dope for Lil Wayne’s album, The Carter IV.

I’m paraphrasing here, but that was the extent of it. The people at UMC (Universal Music Catalogue) sit on the largest music collection in the world, and it’s their job to refresh, revamp and revive classic albums for the age of digital content. A lot of music pre-Dire Straits never got official music videos, for example, so it’s been my privilege to direct videos for legends like Marvin Gaye. In this case, The Carter IV came out ten years ago, but for whatever reason, there were no videos for any of the songs. So as well as coming up with something for the track “She Will,” I was also tasked with making visuals for the rest of the album. Most of these were visualizers, quick animation loops to accompany the songs, and two were full music videos – She Will and Mona Lisa (yet to be released at time of writing).

I’ve worked with UMC a few times before, and we’ve developed a great relationship – a dream relationship for a director even, where they know and trust me, and I feel like I can go to town with the ideas. Because we’re dealing with past albums, the pressure is off slightly, and the main goal is to make SOMETHING, and the way I see it, I have a budget, I have a great brief, I’m going to take advantage of it because not every director gets this opportunity. 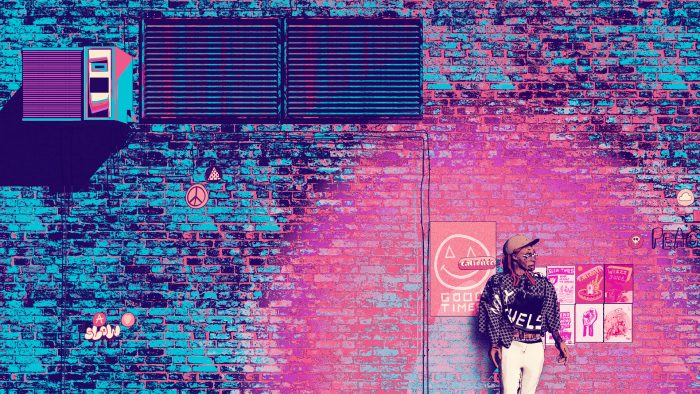 Wayne is a visually interesting guy, covered in tattoos and with an OTT sense of style; he had to appear in all the visuals. That was a given. I work with 3D characters a lot and put them into 2D, illustrative, hand-drawn environments, so that was always going to be my method for visualizing him. The narrative for She Will was informed mostly by the content of the lyrics but also by Lil Wayne’s world. He’s talking about a girl who, let’s say, is pretty relaxed in the bedroom. So I pitched the idea of Wayne interacting with a girl in various scenes. I wrote that the girl would be punky, have a bit of attitude, and wouldn’t be your classic stripper type. She’s kind of nasty and a bit scary. 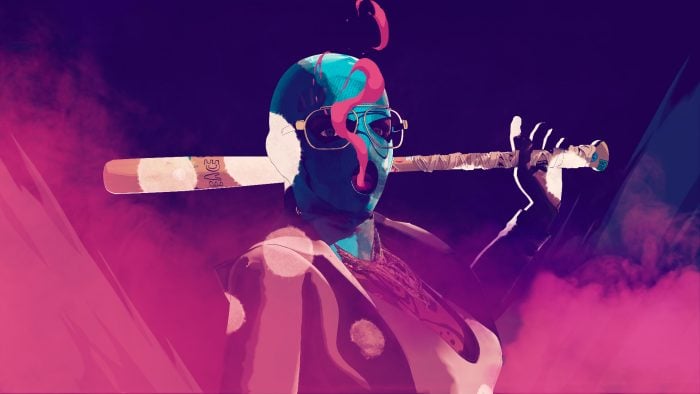 Wayne is controversial; his lyrics are pretty dark, and he comes from gangster rap. He dresses in Gucci and holds bottles of Hennessee Whisky in his videos, so he comes from that quintessential Hip Hop background. I wanted to represent that in the video, touch on some of the clichés but maybe subvert them a little. The cars, the girls, the street corners are all there, but I wanted to place them in a surreal world, so it was more like a dreamscape. This was achieved through odd camera angles, lengthy shots, and the general aesthetic of bright neon colors.

I’m a huge fan of Kendrick Lamar and love his videos, especially Humble, and a more recent one he did with Baby Keem, “Family Ties,” really struck a chord. The shots in it were really long, perhaps 20 secs, but because the content was so interesting, it made it quite mesmerizing. It breaks most editing conventions but really works. It’s another concept where you think, “How did they convince the client to go with this?” In this video, and in Humble, the scene setups are really interesting, composed, and constructed with heavy symbolism, sometimes irreverent and surreal, and shot beautifully.

These are elements I like to include in my work. With this video for Lil Wayne, I didn’t want to make an animation featuring a Hip Hop artist; I wanted to make a Hip Hop video that happened to be animated. The Baby Keem video felt like a benchmark for me, representing where Hip Hop videos have come in 2021. So I took great inspiration from it.

So the pitch went to the client, and the feedback was “DOPE!”. 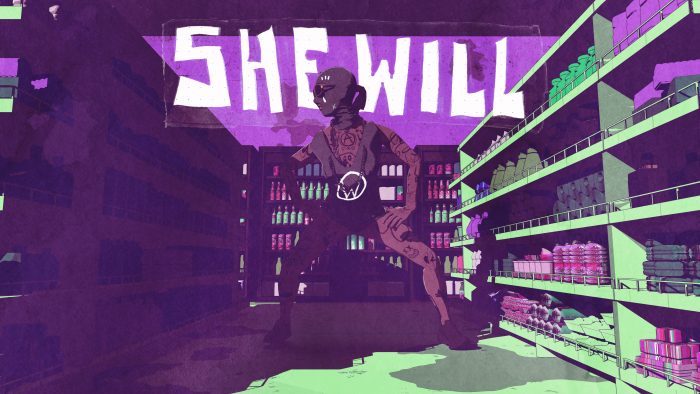 It’s worth noting that this was intended to be a lyric video, but halfway through making it, we were told we couldn’t show the lyrics for some legal reason. Another label owned them, I think? This is why there is such liberal use of negative space in the video. It was supposed to be for the words! The client suggested filling it with random imagery, which I diplomatically pushed back on. I have a great appreciation for negative space in the right context and think it works perfectly in this video to enhance the atmosphere. I don’t know why but it’s always been difficult to convince clients to embrace negative space; I’m sure other designers and directors would agree. There’s always a knee-jerk reaction to fill the empty space with something. 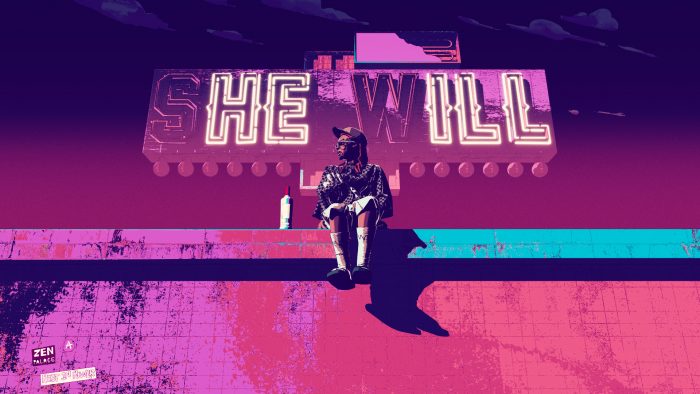 When you start any project, you’re essentially standing at the bottom of a mountain looking up, with a million tasks to do and things to think about. It’s hard to know where to start.

I first took the song and broke it down into sections, and then I broke those sections down further into scenes. This way, I could compartmentalize the project into mini-tasks (individual scenes).

So the edit was done before anything else, down to the timecodes. This way, I knew exactly what needed building, and there would be no waste or unnecessary renders. My storyboards were barely legible scribbles that only I could understand – Music projects have a notoriously fast turnaround, so I don’t always have the luxury of being able to properly storyboard.

Besides, this video was performance-based and not narrative, so in fact, there were only about 15 scene builds to plan, which we would return to throughout the edit.

The character designs were sketched out and digitally hand-drawn. I wanted to use human proportions, so I used lots of photo references of Wayne and traced his features to get some accuracy. 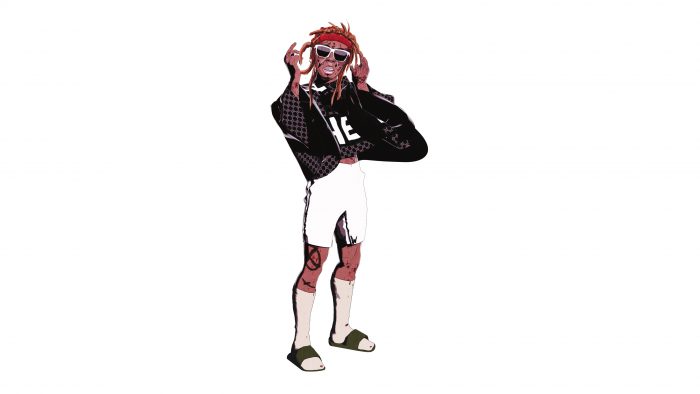 There was lots of research into clothing, too, which is an important aspect of Wayne’s aesthetic. I took outfit ideas from his video for Something Different, in which he’s wearing lots of Gucci and this smock poncho thing which I thought was really cool and would move well when we animated. The designs were then turned into fully rigged 3D models in Blender by character designer Emmanuel Okafor. 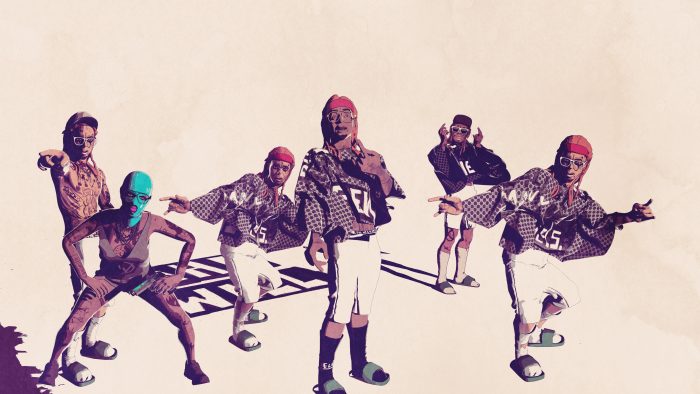 We used the Rokoko smartsuit to motion capture performance for both Wayne and the female character. We’ve used this system a lot for previous projects, and as long as you know its limitations, it is a massive time saver.

We used professional motion capture studios in the past and got stung with the costs for data, editing, and all those add ons, so with this system which we can use at home or in the office, we have a lot more freedom. We just pop the suit on whenever we need an action, capture it and apply it to the character rigs. It’s mostly me in the video doing the movements with some mocap rigs taken from Mixamo (I’m no good at twerking). 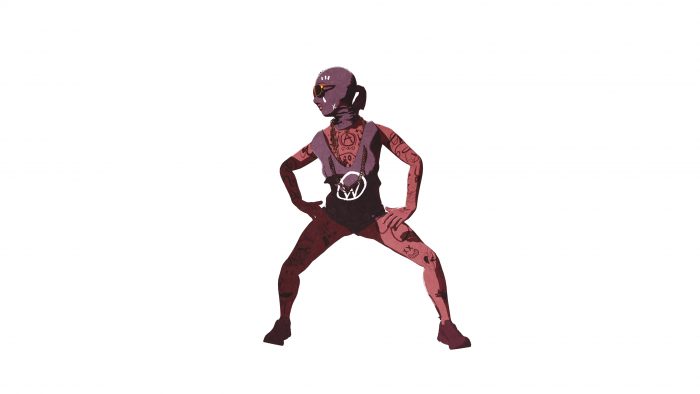 In this video, I wanted actions that felt natural and realistic. Many scenes would show Wayne just hanging out, which requires only subtle movement. I found this easier to achieve through motion capture than keyframing. 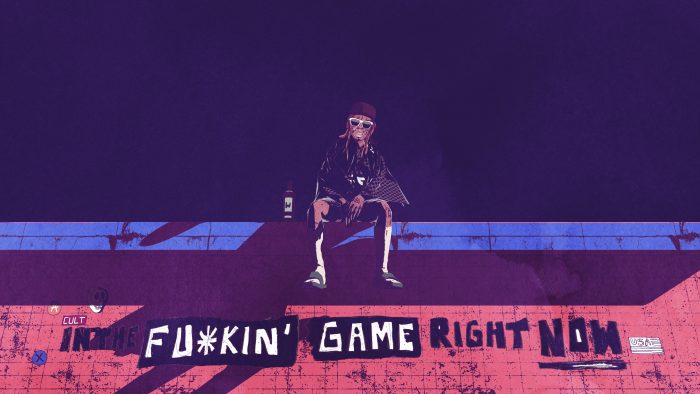 The process from performance capture to applying to 3D models has gotten so much easier in the last year or so, with Cinema4D adding functions like Character Definition and online rigging tools such as Mixamo and Rokoko Studio. Previously, we would copy and paste thousands of keyframes between rigs which was mind-numbingly time-consuming.

The final addition to the character rigs is clothing, which we simulate in Marvelous Designer. The difference between having realistic, free-flowing fabrics instead of clothes that are meshed and “glued” onto the models has such an impact. It stops the characters from looking like they’re in a computer game because that’s how most games rig their models, to save on processing. It can help even the ropiest of character designs to look dynamic. It adds a lot more time into the rigging process adds a whole level of complexity into the pipeline, but if you can do it, it’s worth it.

We used Arnold Toon render in C4D to render all the scenes. It’s the most intuitive, flexible toon render we have come across, incredibly fast, and if you can use it the right way, you can get results that don’t feel too basic. We added a lot of texture shaders to get these organic, grungy surfaces. There was a lot of trial and error to see how the toon render would interpret texture maps, and it relied on a lot of happy, creative accidents. We also tried to incorporate many hand-drawn elements into the materials, such as tattoos, wall art, decals, and signage. The aim being to erase any glossy, sterile 3D look to the video. A few scribbles and bits of art within the scene builds can magically transform them. We rendered everything at 12 fps to eradicate any 3D smoothness and give it a slight stop motion feel. It also cut our render times down to half!

Once 3D builds are rigged, set up, and rendered, we start compositing in After Effects with the myriad of multipass sequences we’ve spit out. This is where we added more and more grunge, textural detail, and more hand-drawn elements to further hide the 3D-ness of the renders. I work with artist Daniel Crossan who brought most of that aesthetic to the video by doodling, mark-making and scribbling over individual frames.

This imagery flashes up in the video like scratches and pen marks on old film. You can see it happening throughout the song if you look for it, and we used it in various ways, in the backgrounds or silhouetted within the characters themselves. Some of the scenes in the video were unplanned and are the result of playing and experimenting on the fly with the various multi passes and textural sequences we had at our disposal.

It’s by far the most fun way to work and is quite liberating for a computer-based creative like myself. I’m a reluctant digital artist sometimes and find being tied to a computer difficult and long for the feel of pen, ink, and paper, so my work is always trying to find that middle ground. The video for Lil Wayne sums that up for me, digitally created with a hand-drawn feel.