Editor’s Note: It’s no secret, with no runners-up, The Motion Awards is a ‘winner takes all’ kind of show. But that doesn’t mean that there isn’t some other incredible work worth revisiting. Our new Breakdown series will aim to highlight some of last year’s achievements, particularly those that may have been overshadowed by the pandemic. This week we hear from a TMAL 2020 nominee Marius Vaitkevičius. The Danish Chair became a Motionographer favorite when it was entered into the student solo project category.

1. Can you fill us in on your background and what led you to motion design?

I’m Lithuanian but I’ve been living in the UK for five or so years. I did some freelance work on the side when I was at university, after which I joined the great folks at Buff Motion in Brighton.

When I was around nine, I wanted to be a filmmaker. I made stop-motion videos with Lego that I built with a friend. We used Windows Movie Maker at the time! Soon after, I discovered After Effects and was amazed by the new possibilities. I devoured tutorials online, getting into visual effects, then animation. I know this path is familiar to a lot of motion designers – the power of After Effects was super exciting.

At first, it was very centered on technology and what you could do with it, at least for me.

2. Give us a bit of background on your project.

One summer, on my way back home, I stopped in Copenhagen for a few days. I fell in love with the city (or maybe just the hot summer version of it). One of the highlights of my short visit was Designmuseum Danmark and its permanent exhibition on Danish chair design in the mid-20th century. Something drew me to the subject, and I ended up making a series of animated videos about it for my final year project at university. That’s how The Danish Chair was born.

3. Take us through your process. How long did it take? What techniques did you use? What programs are you using?

It was a very standard process for a motion design piece – scripts, storyboard, design, animation, audio. Add to that website development. The whole process, from research to final piece of CSS on the website, took around nine months (not full time). Most of the scenes were done in Cinema 4D. There, the main star was the Cel shader – I used it as a Layer Mask to put a bright wood shader in lit areas and a darkened one in shadowy areas. For transitions, I mashed together paint builds from the Animated Texture Toolkit by MoGraph Mentor. 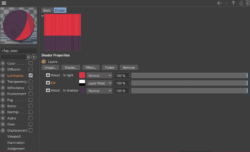 4. Were there any other considerations?

Research is a big part of my creative process. I need a lot of input to output something meaningful. In the case of The Danish Chair, I read all the Danish design books that I could get my hands on. As I got into the subject, content and design ideas would come easily, with the added benefit that they made sense in this context. For example, the project’s pared-down look relates to product design in the mid-20th century being so minimal and functional.

5. Tell us more about your storyboarding, we would love to see some early frames.

To solve a lot of the creative challenges early on, I made my storyboards as close to the final piece as possible. I used Illustrator, as it allowed me to freely move shapes around in search of a better composition instead of sketching on paper or in Photoshop. 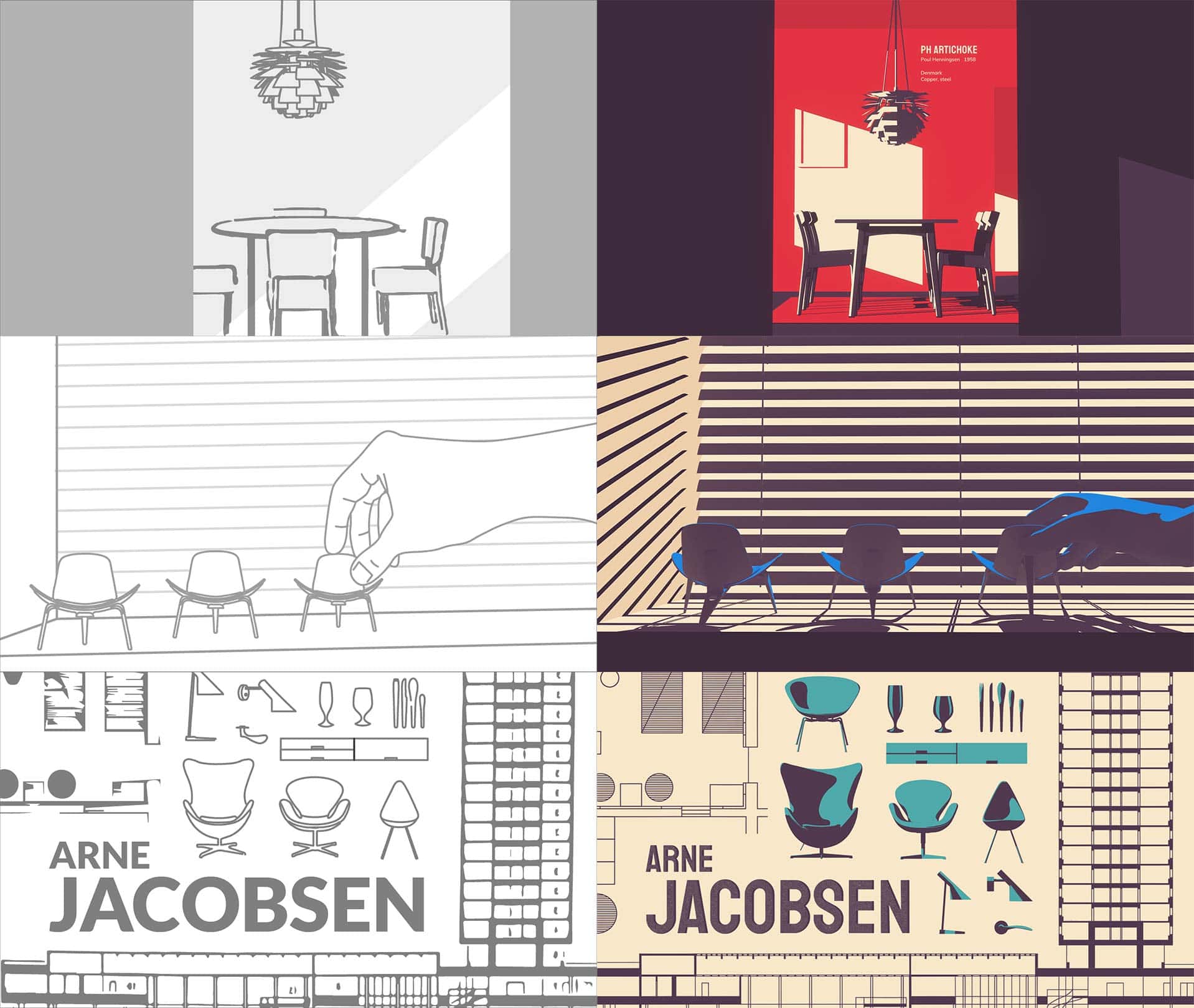 6. What was your favorite moment or most fun part of the project?

Animation was fun, but perhaps the part of the project I enjoyed the most was the research. Learning in detail how a seemingly simple object is made fills me with awe and appreciation for the work of a designer or craftsperson. I got geeky about these chair makers’ lives and about the types of wood joinery they used. I even considered taking up carpentry in the future (if I’m ever bored of moving pixels around).

7. Did you face any difficulties along the way? If so, how did you overcome them?

In the early stages, I was trying to use more colors than I needed. I was confused. They say that working with a restricted palette produces great results, and here I was with a scheme of five colors, trying to understand why my compositions were so ugly. Eventually, I tried just three, and it worked. As there were three videos, I split the original scheme into three, each with a different key color.

8. Where do you find inspiration? (other designers, music, coffee, dancing…)

It could be something in my environment, often in dramatic light – I love the play of light and shadow. Sunsets are great for this, and I’m lucky to be living by the sea, where you can get an unimpeded view of the sun setting behind the horizon. Maybe the silhouette of a seagull might flash in your periphery. A bit related to this, recently I’ve been inspired by Edward Hopper’s paintings – I’m drawn to the melancholy in them.

With The Danish Chair, I realized that a lot of inspiration could be drawn from what may first look like a boring subject. A chair may seem like an ordinary object, but eventually, I found its design extraordinary. I feel the same applies to any topic that you can dive deep into.

9. Do you have any advice for students entering the field?

Personal projects are great for building a portfolio. Then, when you have some good work to show, adding an extra variable (like managing clients’ expectations) might be easier. Also, when it comes to personal projects, start small. You improve so rapidly when starting out; at some point during the process, you might begin to hate what you’ve already done on a long project, especially if you can’t commit to it full time.

Go easy on yourself. All this extra time at home might feel like an excellent opportunity to work on your next masterpiece. But the current climate might not allow the kind of drive and focus your personal project needs. And that’s ok. Put your health and well-being first. 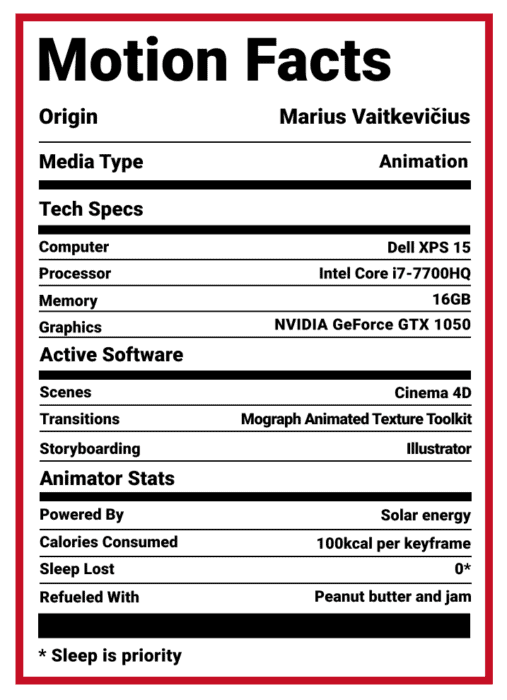